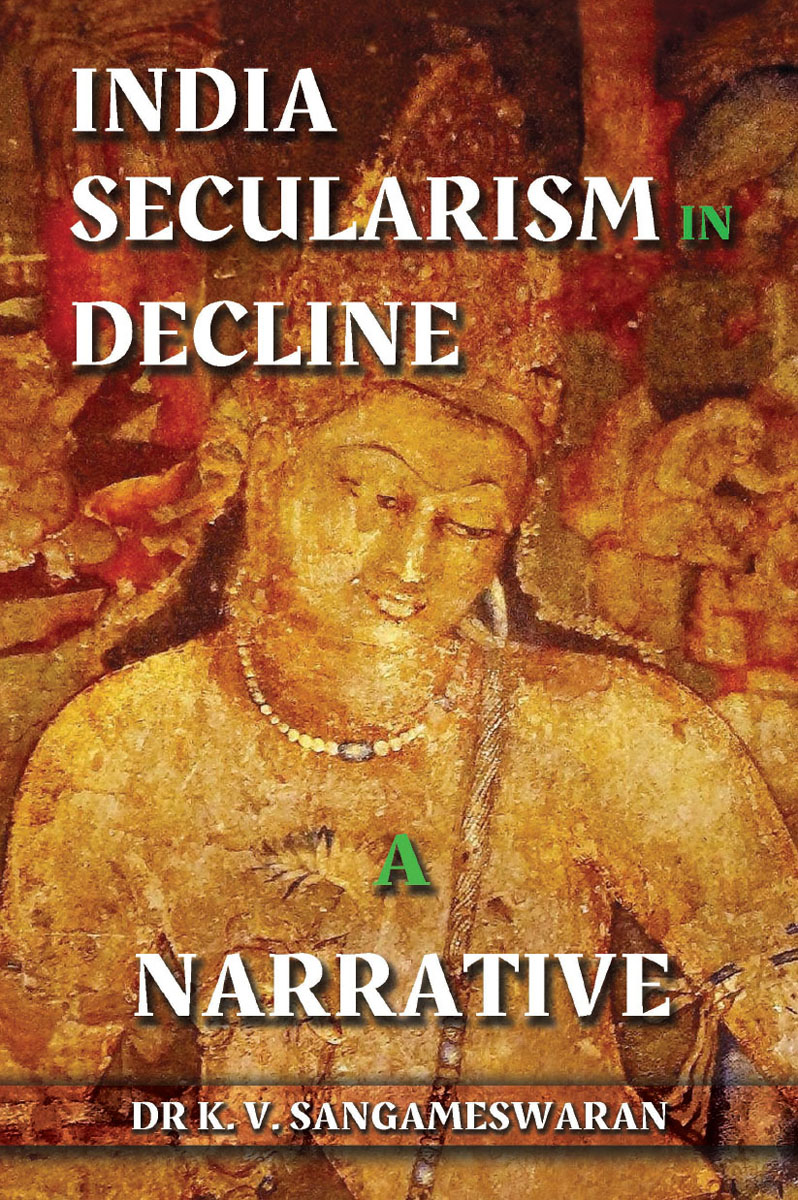 India Secularism in Decline a Narrative

The title of the book is slightly deceptive in that for once it does not depict the Hindu as an arch villain in the attempts to destroy the Universal Panacea for the Indians that is Secularism. In fact the book's objective is to present what the Hindu perceives as injustice meted out to himself and his co-religionists in the skewed application of Secularism which involves the idea of New Poulism or Appeasement of the minorities. The objective again is to target the younger generation, the student audience and to present to them the other side of the story a variation of political history from the Hindu perspective as also Hindu grievances. The intent is certainly not to indoctrinate this segment of society but is an honest effort to bring it up to them knowledge about the events of the Medieval period in Indian history to which the apellation the "black hole" can be applied. The history of this period which saw the most barbaric attacks on Hindu society on an unprecedented scale any time in the history of mankind was a void which needed to be filled in so far as knowledge dissipation was concerned. There has been a deliberate attempt at ignoring the events which occurred both during Muslim invasions and that following the equally infamous British occupation. Modern historians by design were probably instructed by successive governments to draw a veil over these atrocities during this period in an effort at reducing social feuding among various communities. This book is also an effort to highlight some of the dangerous trends currently permeating through Indian society. The current narrative in this country is now moving in the direction of highlighting the effects of demographic changes, Islamic militancy, Christian evangelism and Maoism or Naxalism as it is commonly called. Of particular concern to the author is the uncontrolled migration of people from across our borders and Christian evangelism, this latter phenomenon threatening to destroy the social fabric and our native culture. This work attempts to highlight the fact that the Hindu society has unwittingly fallen into the technology trap with no safety net to protect our native culture.

Dr K. V. Sangameswaran is a radiologist by training. A graduate of the Armed Forces Medical College (AFMC), Pune, he has served as a clinical radiologist for over three decades in various service hospitals around the country. After his retirement, Dr Sangameswaran, developed a keen interest in the evolution of Indic civilizations in general and Hinduism in particular. Another related topic that drew his attention was the concept of secularism. This work represents the author's appreciation on the causes leading to the distortion and dilution of secularism in present day India.