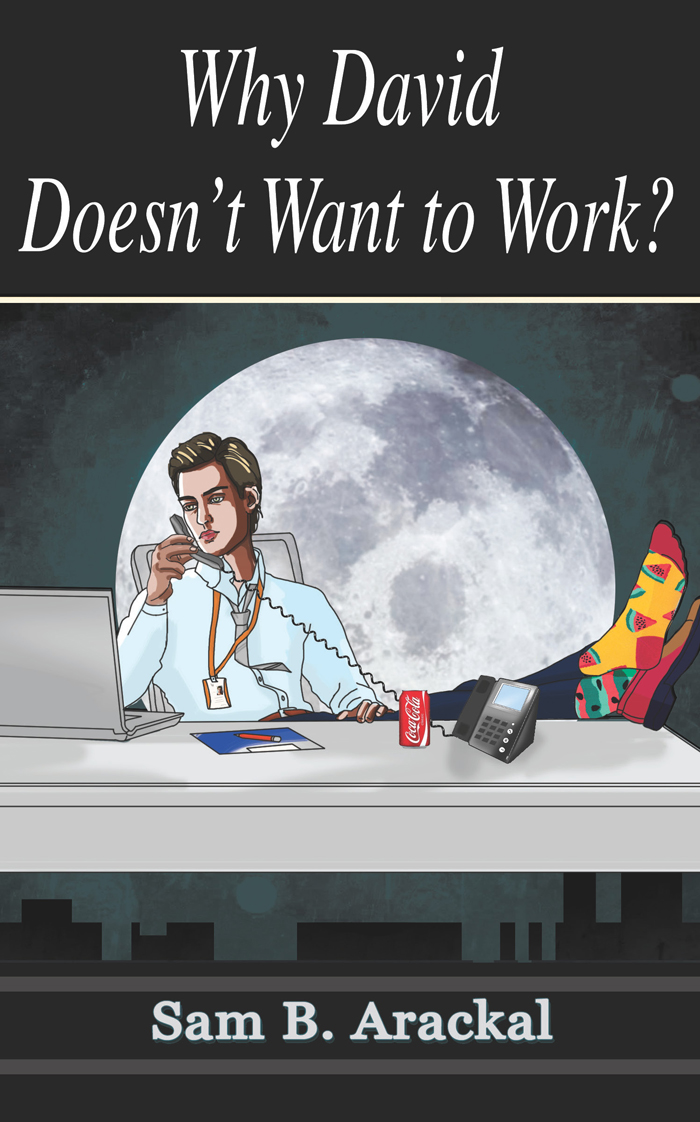 Why David Doesn't Want to Work

Why david doesn't want to work?' is a satire on what is happening inside the swanky offices. The story is written in the form of a drama where the conversations of various characters depicts deep rooted corruption of those who are in authorities. The protagonist David changes jobs like changing clothes and the people who criticise him earlier admit something is wrong with the management; an admission of 'it is not the fault of David alone' that forces him to quit jobs. Throughout the story, David is a failure although he gets jobs in top companies, unable to find a match due to inconsistency in income. Many shuns him due to his single status. In the end, he is beleaguered by debts, police, et al. The story ends with David finds a rich woman interested in him and get settle down.

Sam B. Arackal is a business writer by profession. He helps businesses through Marcom, and other digital communications. 'Why David Doesn't Want to Work?' is his first book, a satire on what is the rhetoric of many corporate companies in their swanky offices and what is the reality in the organisations. Sam is based in Hyderabad and can be reached at sam.b.arackal@gmail.com