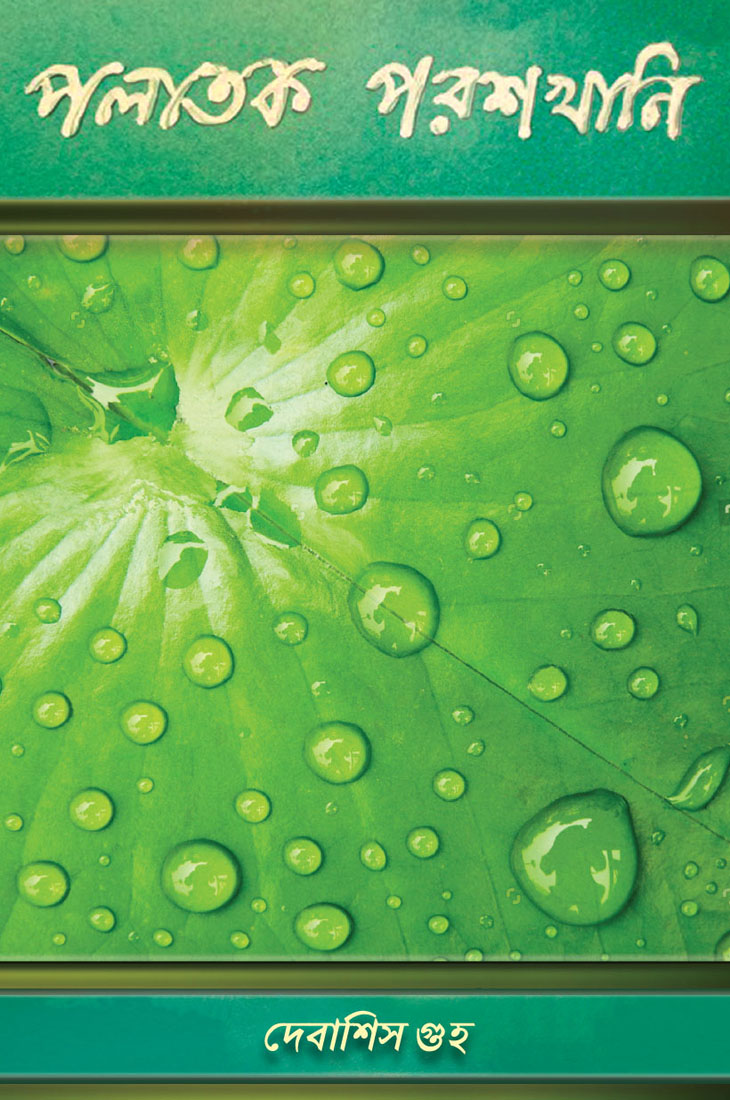 "Palatak Parashkhani", the title of this book has been borrowed from a Rabindrasageet (Tagore's song) - "Jodi haay, Jeebano purano nai holo". "Palatak" means that which never stays and "Parashkhani" means" That subtle touch" . Tagore's works, especially songs are where Debasis finds ultimate solace- which has been expressed in one of the poem in this book- " Tomar Bitane." Like millions of people across the globe, he also gets awe-struck by the magical lyrics as well as the divinely melodious tunes of Rabindrasangeet. Life unfolds its numerous dimensions to anyone who listens to the songs composed by Rabindranath Tagore, who is perhaps the greatest poet, this planet has ever produced. Probably there in no human feeling or realization that has not been expressed by Tagore through his songs. In the midst of his busy and hectic professional life, Debasis has been trying to embrace the divine grace by recollecting and humming various lines written by Tagore. In this process, whenever he could relate anything ranging from gross, mundane day-to-day situations and scenes to something abstract out of imagination and dream- he tried to capture those in the form of poems. Almost all the poems are written in rhymes based on themes - varying from very common scenes at narrow by-lanes of a highly congested city to "Aurora Borialis"- the rarest natural phenomenon that occurs in North Pole. The essence of this collection of poems is the eternal quest of human being to experience that ultimate feeling which relieves all earthly sorrow, pain, insult, humiliation, depression, ill-feeling etc. Each one of us realize this - somewhere, at some instances but for a very short duration only as this experience does not stay with us for a longer period. This is why the title of this book is "Palatak Parashkhani"- that ever fleeing subtle touch.

A Chemical Engineer from the University of Calcutta, Debasis works at corporate office of a reputed Indian Company in Mumbai as General Manager. As son of a teacher of Bengali language and literature, he developed a keen interest in the same since chilldhood and became an avid reader of Bengali literature. This was possible only because Sri Ajit Kumar Guha, his father, had made an enviable collection of Bengali literature. Drawing inspiration from father, Debasis has been nurturing a latent wish of pursuing his litrary flair, though he had never thought about composing poems. Though away from his native state to earn livelihood, he has never been alienated himself from the essence of Bengal which lies in its rich and refined literature and songs. Born and brought up amidst the abandant overwhelming beauty of rural Bengal, he has always been under the indelible influence of Nature and its Creator. The picturusque campus and serene ambience of Narendrapur Ramakrishna Mission Residential College reinforced this influence even further during his study there.