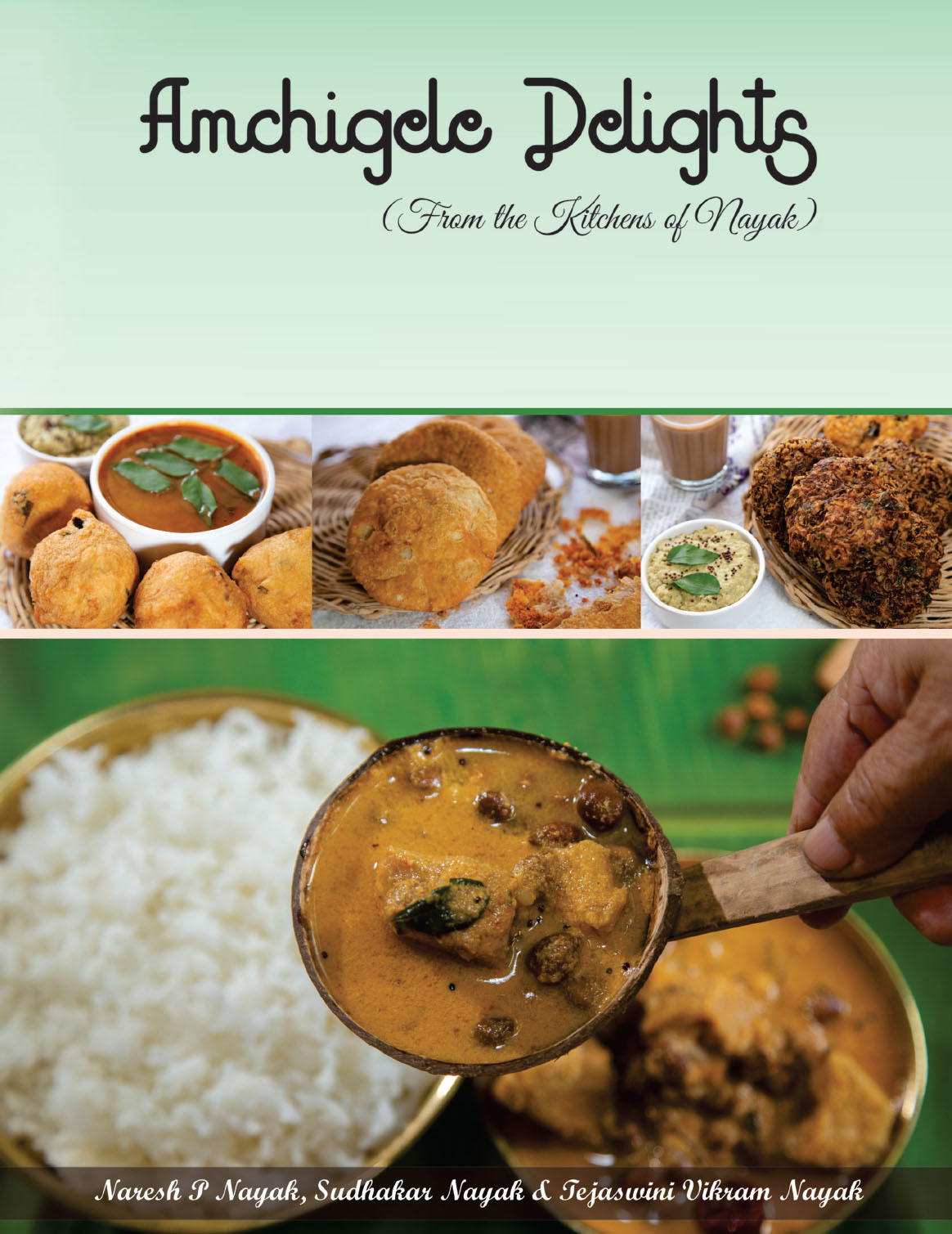 Amchigele Delights: from the Kitchens of Nayak

Amchigele Delights is an attempt to compile recipes of food served in the homes of the GSB Community, temples or any otherplace of spiritual interest in India which belongs to the Community. The food served at these places is also known as sacred food because it comes from a kitchen where people may have either forgotten the recipes or may have lost the art of bringing in flavour into the food. These recipes have been around for long but not much is known to the outer world about this cuisine. This book will bring to light the GSB kitchens which serve these hearty meals.This would be followed by actual recipes that would be categorized depending on their meal type. Most recipes would be easy to make using minimal ingredients. The reason why the book is needed, the need it will fulfil, its fit with contemporary literature.GSBs (Gaud Saraswat Brahmins) are comparatively a small community. The GSBs originally lived on the banks of the river Saraswati. The name Sarawat is derived from either the river Saraswati or from their spiritual leader, the sage Saraswat Muni who used to live on the banks of Saraswati. Their mother tongue is Konkani. Saraswat cuisine is the cuisine of the Saraswat Brahmins from the Konkan region on the western coast of India. Saraswat cuisine originally hails from Goa, India. In the sixteenth century they had to migrate to other parts of the country like the Malenad and the coastal belt of Karnataka and Kerala, besides Maharashtra.Their curries use a lot of coconut oil, tamarind, and curry leaves and the cuisine is largely influenced by South Indian cuisine. It is slightly similar to Malvani or Konkani and Udupi or Mangalorean cuisine. The food served at most of GSB homes is simple yet extremely healthy and nutritious. This GSB cuisine can be adapted in our daily lives to avail its benefits.This book will also cater to GSB people who have migrated into other countries. Recipes have been simplified as far as possible so that maximum users can follow them.