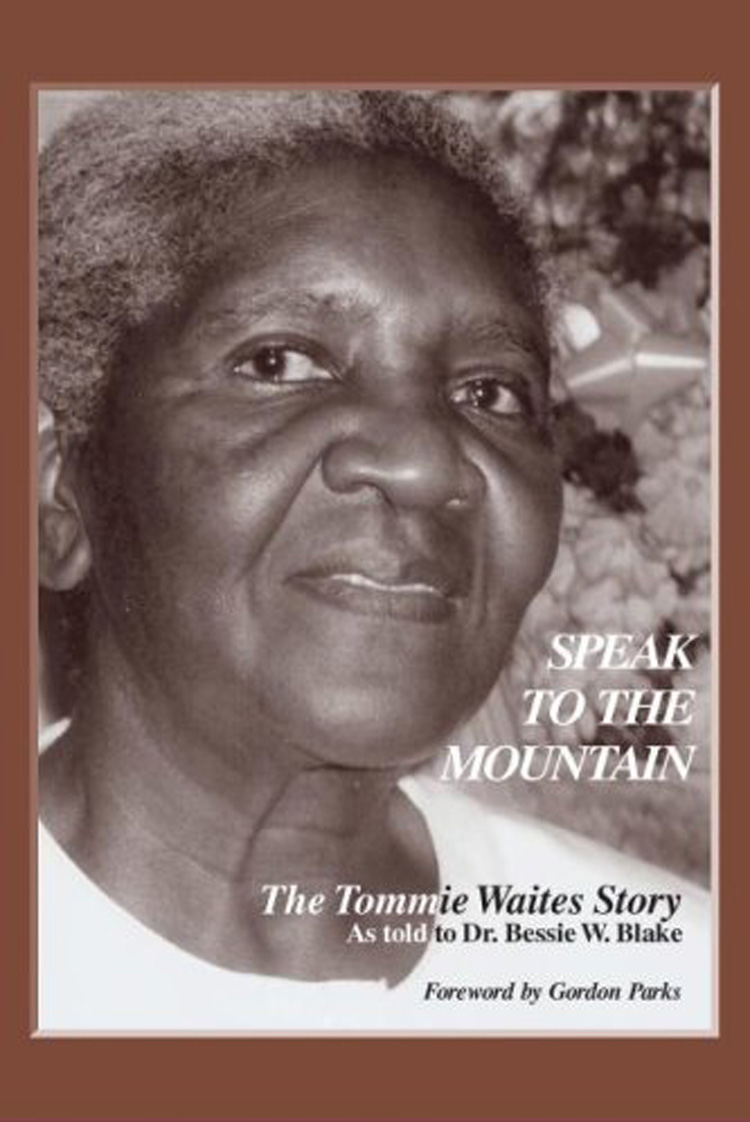 Speak to the Mountain: The Tommie Waites Story

Speak to the Mountain: The Tommie Waites Story is a special book about a unique woman, Tommie Waites, who started from dire poverty in the Ark-La-Tex region of the country and overcame one powerful force after another until she emerged as a leading Christian evangelist. The book, written by Tommie's daughter Bessie, clearly documents in words and photos just what kind of life a poor black family could expect in the Deep South before, during, and after the Depression. Dr. Blake chronicles her mother's determination to overcome mountains of poverty, illness, spousal abuse and racism, as well as gender bias in the country as a whole and in the ministry. Reading about the struggles of Tommie Waites, one can't help but recognize that the legacy of slavery and Jim Crow has been horror and deprivation but that it has also been a strengthening of spirit and determination for those who fought and survived. Tommie Waites didn't just survive, however; she thrived. She struggled and she won. This is the story of one of America's many unsung and humble heroes, a story which will not only teach its reader about American history but also move a reader to tears and, ultimately, to passion and action.

Dr. Bessie W. Blake, a widely known and respected educator, is an adjunct professor of English at LaGuardia Community College in Queens, New York, and a recognized expert on adult learning. Her lecture tours have carried her to every corner of the United States and abroad to countries like England, Scotland and Senegal. Until two years ago, she served as the Academic Dean of the College of New Rochelle's School of New Resources. During her tenure as Dean, she established the Rosa Parks Campus in Harlem and the Gordon Parks Gallery in the South Bronx. In addition, Dr. Blake has done extensive work with historically Black colleges. Her service on Boards of Directors include the Council for Adult and Experiential Learning, the National League of Nursing Board of baccalaureate and Higher Degree Programs and The Rosa and Raymond Institute for Self-Development. Dr. Blake's formal education began in a one-room schoolhouse in east Texas and continued with her graduation from Booker T. Washington High School in Shreveport, Louisiana. She received her foundation in literature from two historically Black colleges: the Bachelor of Arts in English Literature from Southern University and the Master of Arts in American Literature from North Carolina Central University. A Doctorate of Education focused on writing and the composing process from Columbia University's Teachers College was followed by a postdoctoral Certificate of Lifelong Learning from Harvard University. She says, "More powerful than the educational influences in my life was the impact of my mother, Tommie Waites. Her resilience in the face of adversity was a road map for my success." Dr. Blake resides in Queens, NY with her husband, Prof. James Blake. They are the proud parents of four children and six grandchildren.