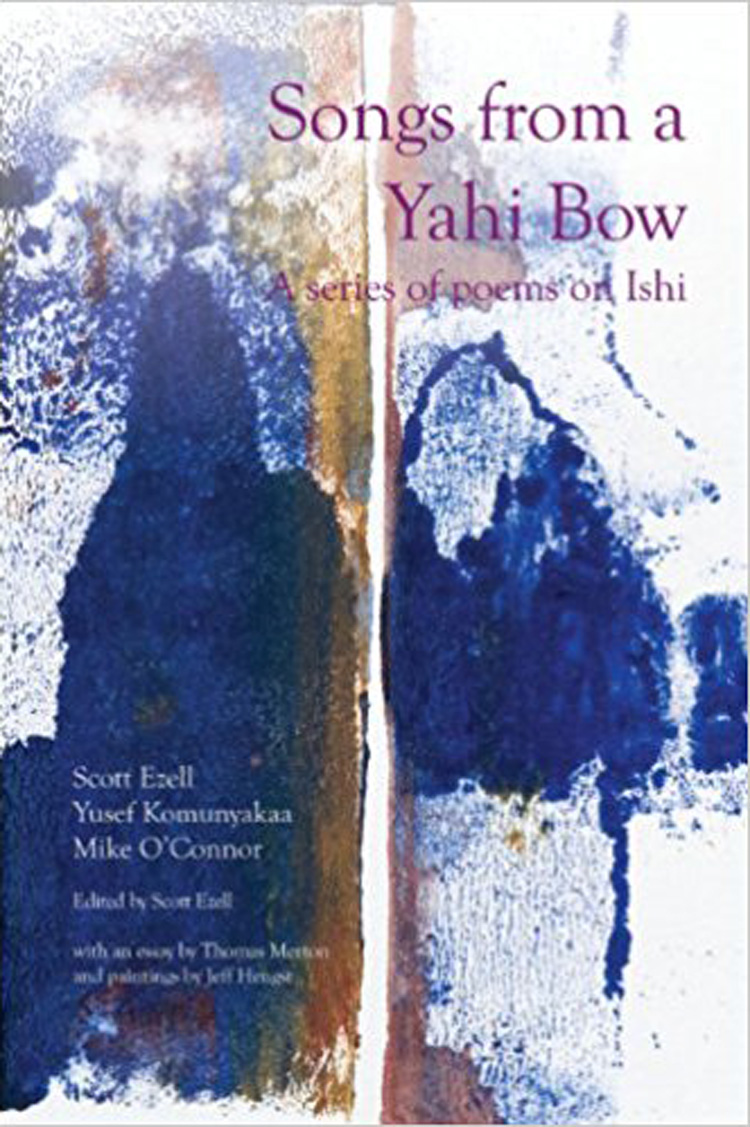 Songs from a Yahi Bow: A Series of Poems on Ishi

Poetry. Native American Studies. Edited by Scott Ezell. With poems by Scott Ezell, Yusef Komunyakaa, and Mike O'Connor. With an essay by Thomas Merton and paintings by Jeff Hengst. In 1911, Ishi emerged from an isolated hunting and gathering lifestyle in the foothills of northern California. Called the "last wild American Indian," he was taken to San Francisco, where he lived until his death in 1916. SONGS FROM A YAHI BOW, the first published book of poems on Ishi, consists of work by three poets, written across four decades, and coincides with the 100th anniversary of Ishi's emergence from the wilderness. This collection includes an introduction to recent discoveries about Ishi, as well as Thomas Merton's 1968 essay "Ishi: A Meditation."

Scott Ezell s book-length poem Petroglyph Americana was published by Empty Bowl Press in 2010. Yusef Komunyakaa won the Pulitzer Prize for Poetry in 1994 for Neon Vernacular. Thomas Merton wrote more than seventy books on spirituality, social justice, and pacifism. He was a Trappist monk, and pioneered dialogue with prominent Asian spiritual figures, including the Dalai Lama, D.T. Suzuki, and Thich Nhat Hanh. Mike O'Connor is a poet, writer, and translator of Chinese. He has published eight books, most recently Immortality and Unnecessary Talking: The Montesano Stories (both from Pleasure Boat Studio). He has received an NEA Literature Fellowship and an Artist Trust Fellowship.