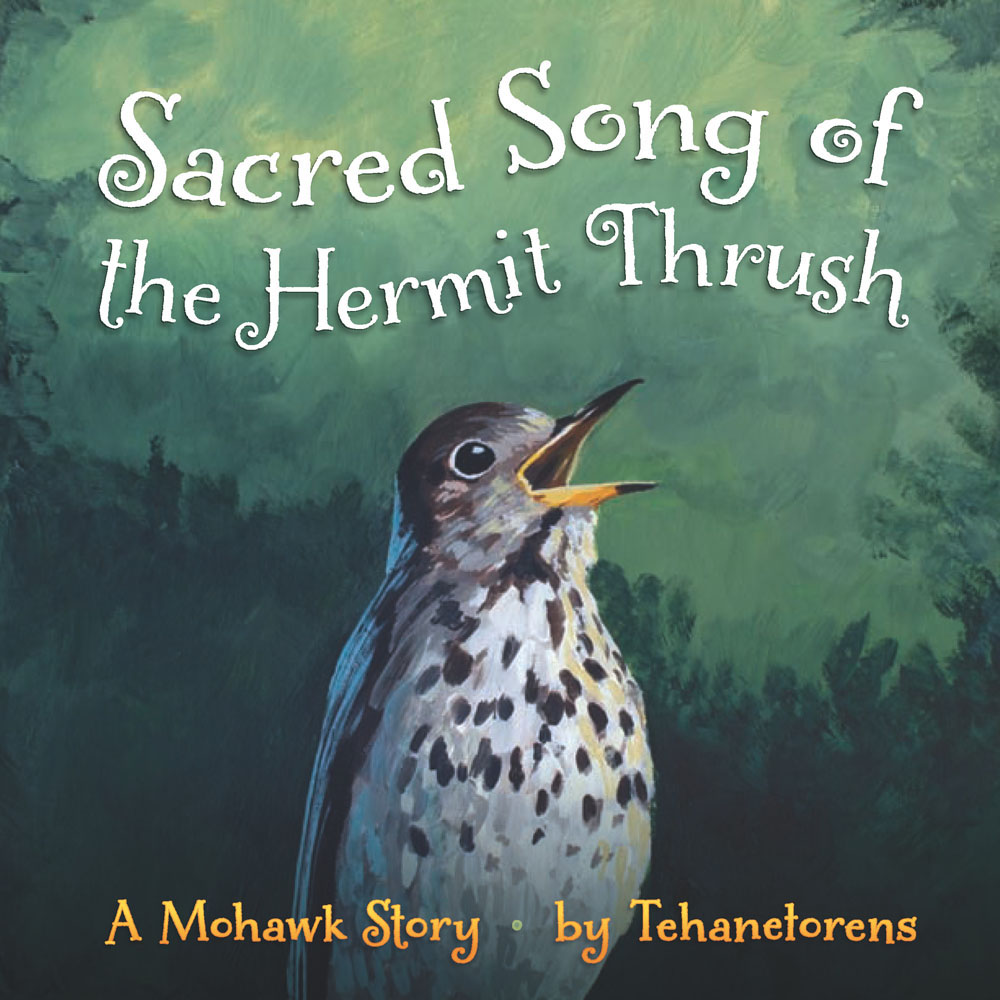 Sacred Song of the Hermit Thrush

Long ago, when the birds had no songs, only man could sing. When the Great Spirit walked on the Earth, he noticed a great silence. He realized the birds had no songs. He devised a challenge and told the birds who ever could fly the highest, would receive a very beautiful song. But not all the birds were honest. In his desire to win the game, the small hermit thrush jumped on the back of the great eagle. The eagle flew higher than any of the birds, but when he came back to land, the Great Spirit said the hermit thrush had gone the highest since he was on eagle's back. Hermit Thrush was awarded a beautiful song, but in his shame for not being honest, he flew into the deep woods. To this day, you may hear the lovely song of the hermit thrush, but you may not ever see him.

Ray Fadden was a teacher and influential figure among the Mohawks of Akwesasne in upstate New York. He was adopted into the Mohawk wolf clan and given the name Tehanetorens, which has been translated as "He Walks through the Pines." He was the founder of the Six Nations Indian Museum in 1954. The last part of his life was spent in the Iakhihsohtha Seniors Nursing home in the Quebec portion of Akwesasne. He died November 2008. David Kanietakeron Fadden is an Akwesasne Mohawk artist who was born in Lake Placid, New York, and grew up in Onchiota, New York. He is the grandson of Tehanetorens.