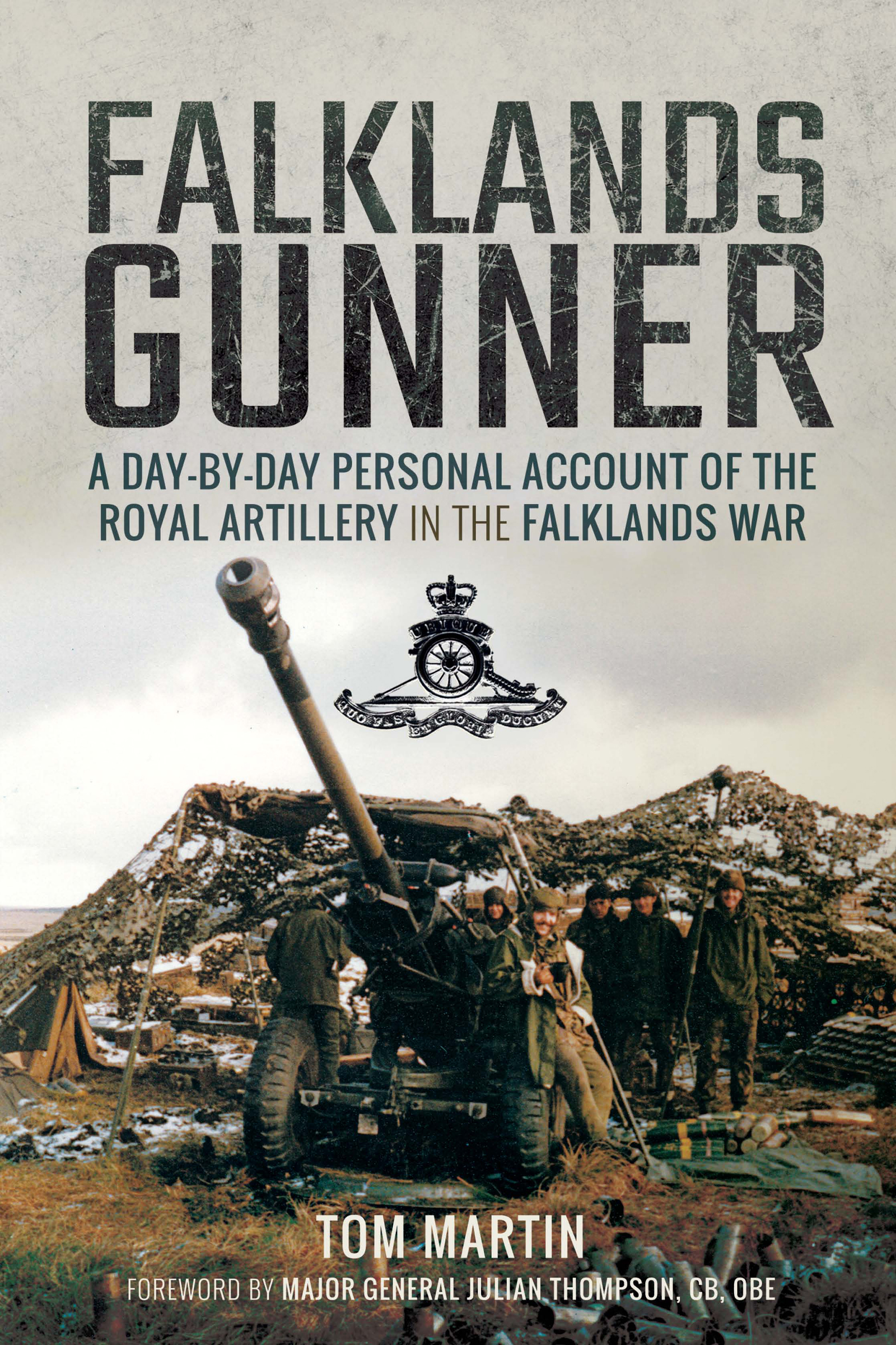 The Royal Artillery played an absolutely vital, though often forgotten, part in the British armed forces' successful operation to recapture the Falkland Islands in 1982. The actions of the artillery were recorded by one young officer in a journal which he kept before, during and after the conflict.
Second Lieutenant Tom Martin was a Command Post Officer with 29 (Corunna) Field Battery RA which deployed to the South Atlantic in 1982 as part of the Task Force dispatched to retake the Falklands. With its six 105mm Light Guns making the journey on the MV Europic Ferry, the Battery sailed south on the MV Norland with 2 PARA, joining 3 Commando Brigade for the landings.
The five gun batteries of the Royal Artillery, totaling thirty light field guns, fired a tremendous number of shells on the Argentine forces. For its part, 29 (Corunna) Field Battery fired the first Fire Mission of the conflict – and continued to do so until the Argentinian surrender – in the most testing environment and against the odds.Whilst in the South Atlantic, Martin sought to detail and record the action on the Battery's gun position. Supported by the recollections of some of those he served alongside, Martin's notes and diary entries form the basis of this book; a vivid, blow-by-blow account which provides a comprehensive picture of the Royal Artillery and its pivotal role in the Falklands War.