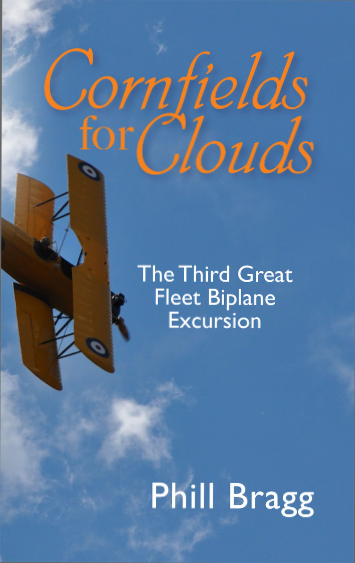 A year has passed since the Second Great Fleet Biplane Excursion and now Phill Bragg attempts to fly his trusty Fleet Finch to a venerable grassroots gathering of antique and classic airplanes on a farm in rural Iowa. For the Third Great Fleet Biplane Excursion, pilot and airplane must again cross the Appalachian Mountains to head northwest into middle America for an aeronautical celebration that has been held annually for sixty years. But this cross-country flight presents more obstacles than ever before and it is never certain they will arrive in time. But, embracing the old adage that it is the journey and not the destination which rewards the traveler, Phill and his Fleet biplane persevere as best they can and they are never disappointed by the wonderful new friends they find or by the vast, unending beauty of the United States.

Phill Bragg learned to fly when he was seventeen years old and has been flying for hire for the past thirty years. From aerial firefighting in the Rocky Mountains to eradicating illegal coca fields in Colombia to training foreign air force pilots, he has flown for a variety of U.S. government contractors. His true love of flying though is grassroots aviation, particularly antique, open-cockpit biplanes. He lives on a grass airstrip in northeastern North Carolina where he shares a hangar with his 1941 Fleet Finch.