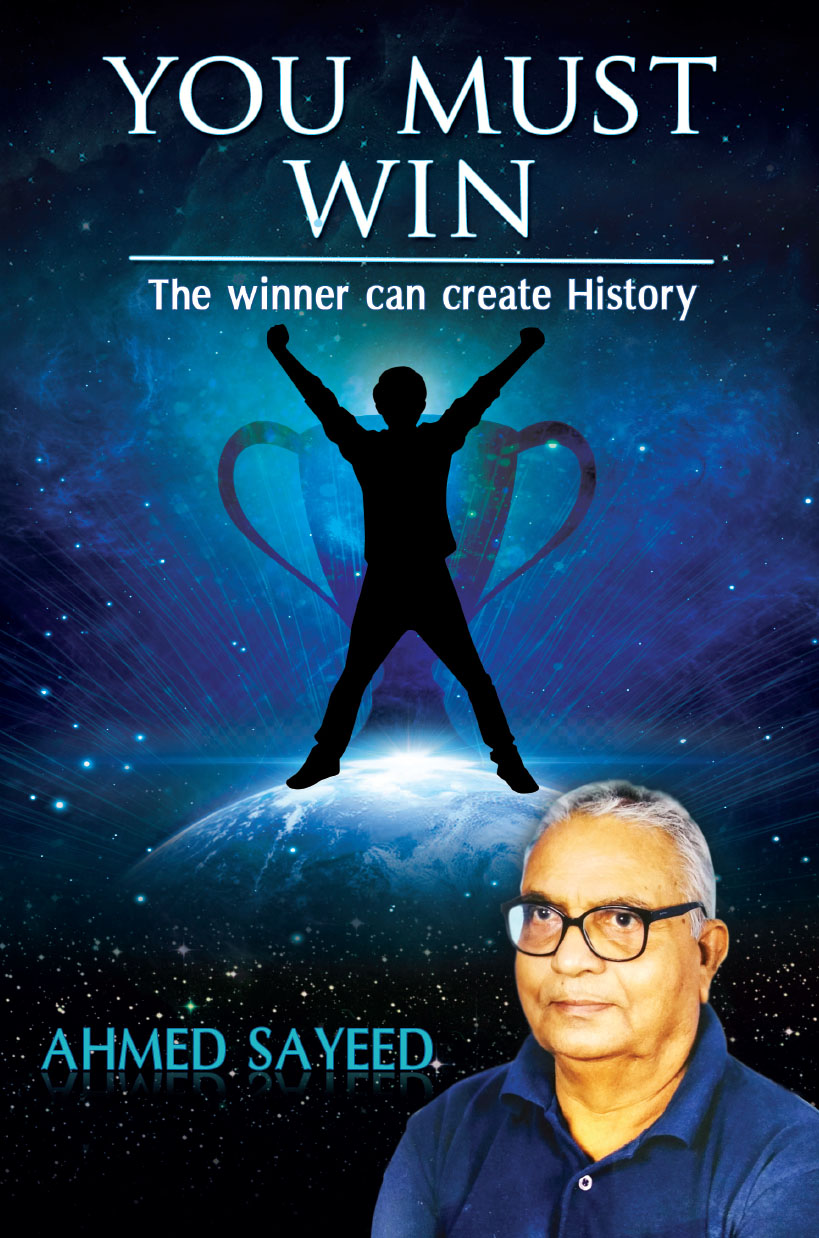 You Must Win: The winner can create History

The latest book "You Must Win" contains a similar subject of humans should get freed from the Cage of Theology or Dogmatism. My Contention is that "The Earth will be it's own when heavens are destroyed. The book Human Achievement contain the same message, first Know thyself" then only you can know the world, your society, your fellow being, your kith, and kins. I wish that the Book would enlighten the reader with an advise "that when we know nothing of the first Principle, it is truly extravagant to define God, Angels, Heavens, and minds to know precisely why God formed world when we do not know why we pray and raise our arms at our will" It advocates that Society is a growth in time, not syllogism in Logic and when the past is out through the door, it comes in at the windows. It guides to show precisely by what changes we can diminish misery and injustice in the world in which we actually live. A real Human who owns Humanity would automatically reject the story of "Adam and Eve" Let us live what is provided with and regarding the growth of Human life both physically and psychologically let us leave the matter to Scientists and to socialists. Socialist concern must be to lead a life peacefully, ethically, contently after attaining bask biological and social needs and this may contend as my message as an author to the readers in particular and humanity in general.

In the "Chain of Being" Humans are in a superior position. Man consists of Mind, Body, and as per the theologistic ideology. It is an incessant struggle for survival. It is a sinister world where everyone "fights" "struggles" each other both either economically, Politically and domestically. In terms of Charles Darwin Survival of the fittest. However it doesn't mean fighting better or making more money or denominating others. It refers solely to reproductive fitness. In other words which every group or individual produces more successfully is most fit.
Human beings struggle for existence in the natural world showed that the determining factors of life are Chance and Necessity which has been accepted for centuries as guiding Principle of Mankind. Even today in the days of advanced Science and Technology 85 percent of human population follow the dogmatic principles propelled by Theologists, particularly Monotheistic Religions like Christianity and Islam and killing each other to reach the peak of Iconic figure that they have attained Number One position demographically.
In the tems of Voltaire whose philosophy made possible for "Renaissance and Enlightenment" the two offsprings of French Revolution. If anything that comes a matter of principle I would say my principle is matter to me. Italy had renaissance, Germany had reformation but for the France had Voltaire and he was for his country both renaissance and reformation and half of the revolution has characterized eighteenth Century. And this what I mean. I strongly believe that it the Philosophy that turns savage to Civilized, and Philosophy is nothing but pure "love of Knowledge" Based on these lines so far I have penned around 10 Books published various publishers AlPha, Notion, Zorba Publishers who took credit of publishing my books. I have documented the books like "We think therefore We are" "Tears of Terrorism" "My Mind is My Mosque" "Know Your India by Opening a New chapter of nationalism", "Spicy Trade" and presently "You Must Win" whose account gave me much pleasure and magnanimity to my survival.