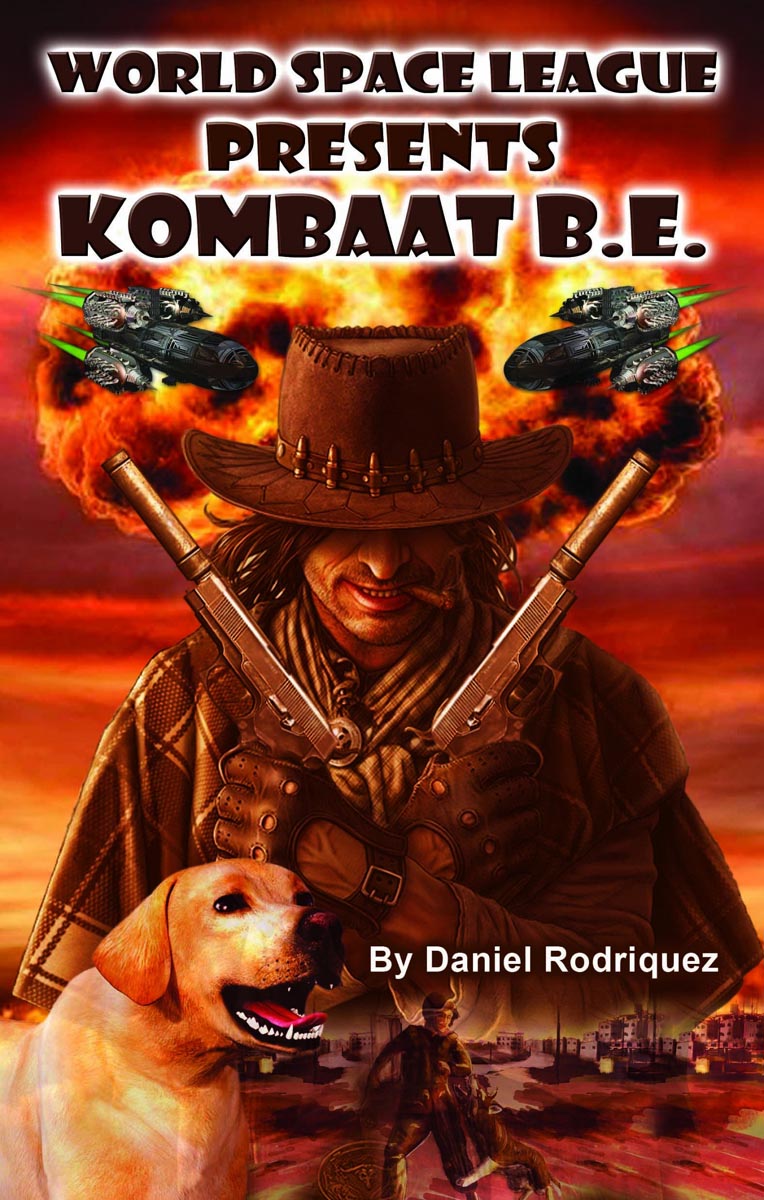 Ahbleza a Native American Ex-Navy seal with a bout of PTSD, volunteers for another Kombaat Mission with Ex-Army Ranger JimBob a Texas Cowboy. They started as enemies, but with time they became brothers in arms. Ahbleza's children are what the World Space League prophecies have talked about for thousands of years. The most unlikely trio Ahbleza, JimBob, and Dog have a mission to complete, but one of them must make the greatest sacrifice to save his brothers.

World Space League was created in 1999 when Daniel Rodriquez's son John wrote a letter which said "When I grow up I'm going into space with my Dad." Kombaat B.E. is the beginning of a journey that started almost 20 years ago. Daniel has had many titles, from Top Gun Air Intercept Controller in the Navy, Computer Network Engineer for businesses, law firms, and Indian tribes. Now he holds the title of Author.