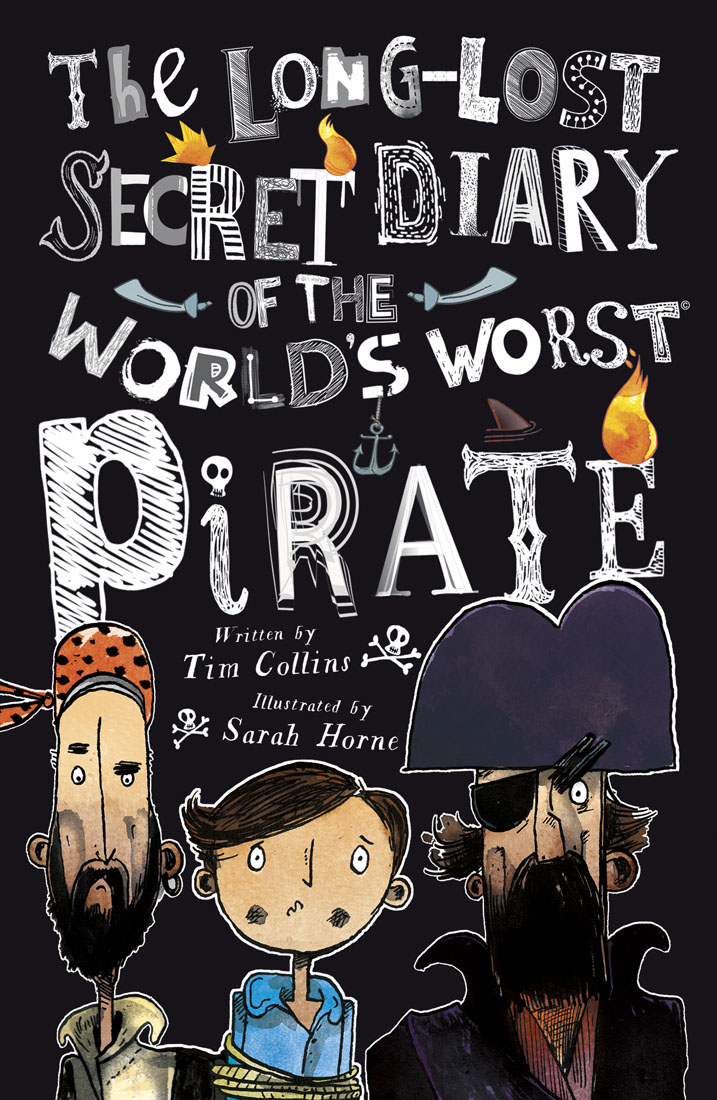 The Long-Lost Secret Diary of the World's Worst Pirate

Meet Thomas—a young man sailing with his parents aboard a merchant ship in the 18th century and prone to daydreaming about living an exciting life as a pirate on the high seas. When a pirate crew led by Captain Bartholomew Morgan takes over the ship, Thomas stows away and is accepted into their motley gang. However, life as a pirate proves far less romantic than what he was expecting. The hilarious Long Lost Secret Diary series put readers inside the heads of hapless figures from history struggling to carry out their roles and getting things horribly wrong. The accessible, irreverent stories will keep young readers laughing as they learn the importance of not being afraid to learn from one's mistakes. Get Real fact boxes featured throughout, as well as a glossary and additional back matter, provide historical context and background.

Tim Collins worked as a copywriter in advertising before becoming a full-time author. He writes nonfiction books for adults and children's fiction books, including books designed to appeal to reluctant readers. His work has been translated into forty languages. His books have won numerous awards including the Manchester Fiction City award and the Lincolnshire Book award. He is originally from Manchester but now lives in London.

Sarah Horne studied illustration at Falmouth College of Art and Kingston University. Her acclaimed illustrations have been commissioned by institutions such as Kew Gardens and The Guardian newspaper. She specialises in illustrating quirky children's books. She lives and works in London.