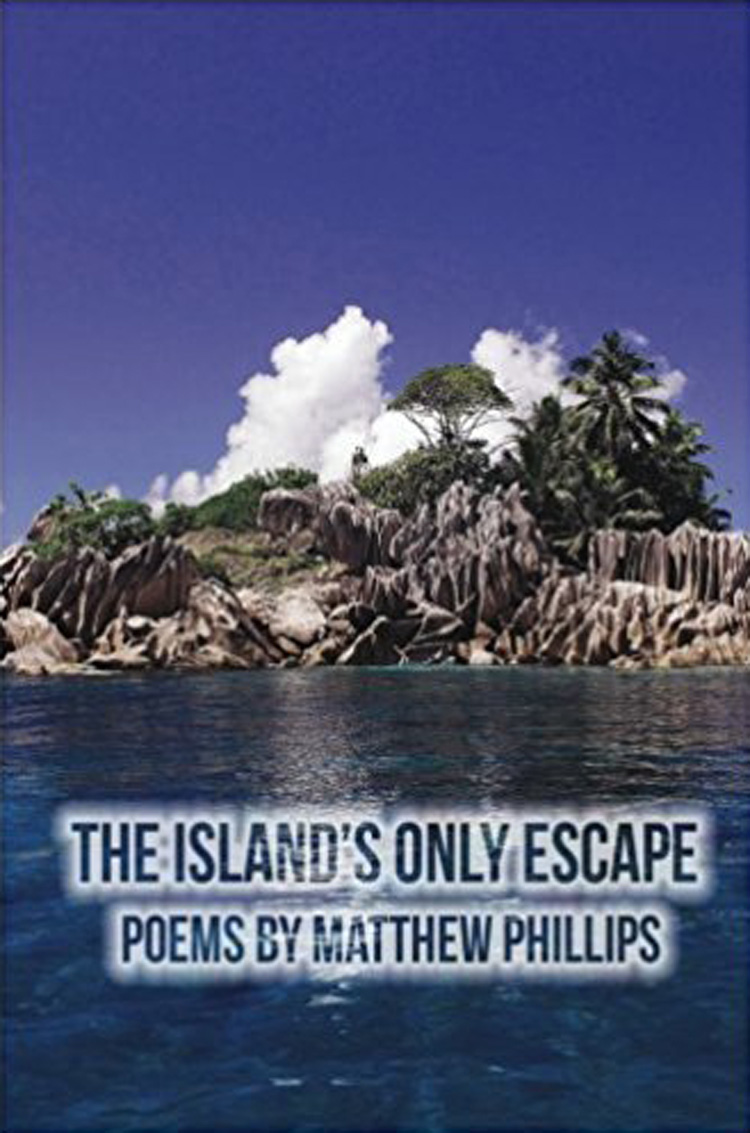 The Island's Only Escape

When a writer dies too young, readers are always left with the question "What kind of writer would he have become if he had been granted a full career?" Matthew Phillips wrote these astonishingly good poems in his mid- twenties when he was studying Mideast history and politics and when he was questioning the many tensions of that region. His poems, however, are intellectually far-ranging, from academic settings to the Caves of Lascaux, from San Francisco to Sparta, but rooted in his personal and educational experiences in America. In many of his poems, he creates a narrator who describes what he sees around him and then, with a more detached eye, explores ideas and the meaning of personal experience. Sometimes the experience is literal, as in his "Letter From San Francisco" and at other times more figurative, as in "The Caves of Lascaux." Matthew Phillips' poems frequently concern philosophic probings of the meaning of History. In "Flight of the Peacemaker," the narrator says: As an American, he was told to take The telescope rather than the magnifying glass; It's History's long view that matters here. Yes, it is the long view that matters here.

Matthew Phillips was born and raised in New York City. He graduated from Bard High School Early College (BHSEC) in downtown Manhattan in 2003, earning an Associate's Degree in lieu of a High School Diploma at the age of 18. He earned a Bachelor's Degree at the State University of New York at Binghamton and from there enrolled in the CUNY Graduate Center where he was slated to earn a Master's Degree in Middle Eastern Studies. As a reader and writer of poetry, Matthew found his subject matter through a variety of topics, from the joy of learning to the game of chess. However, his primary focus in writing was the Israel-Palestine conflict. Often critical of Israel's involvement in the war, he published eight such essays from 2010-2011 through Mondoweiss, an online platform dedicated to informing the public about the ongoing struggle for peace in the region. He is the son of Louis Phillips and Patricia Ranard, and the twin brother of Ian Phillips. He died in New York City on April 4th, 2011, at the age of 26.