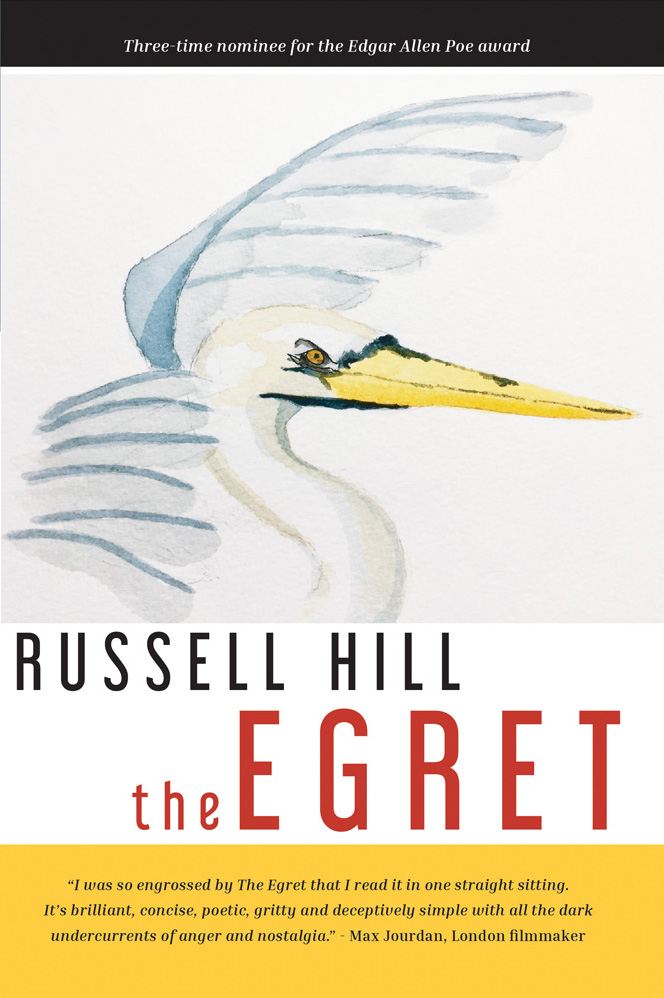 A hit and run driver pinwheeled his daughter's car into the waters of Tomales Bay and his life is turned upside down. Then the sheriff's detective tells him he may have found the driver, a rich man who lives nearby. Fueled by his anger and an overwhelming desire for revenge, he plots ways to make his daughter's killer suffer and die. Like the predatory egret, he stalks his victim, waiting for the right moment to strike. Drowning in the sea, rattlesnakes and crude bombs are parts of his obsessive pursuit, leading to the inevitable violence of what he imagines to be the final strike of the egret's sharp beak.

Rusel Hil is the author of three Edgar-nominated novels as well as several other books. His work has been translated into French, German, Polish, Japanese, and Spanish, and one novel, The Lord God Bird, had been optioned for a movie. Hill is an avid fly fisherman, has written for outdoor magazines, and has taught writing for forty years. He and his wife still live in California where he has spent most of his life.