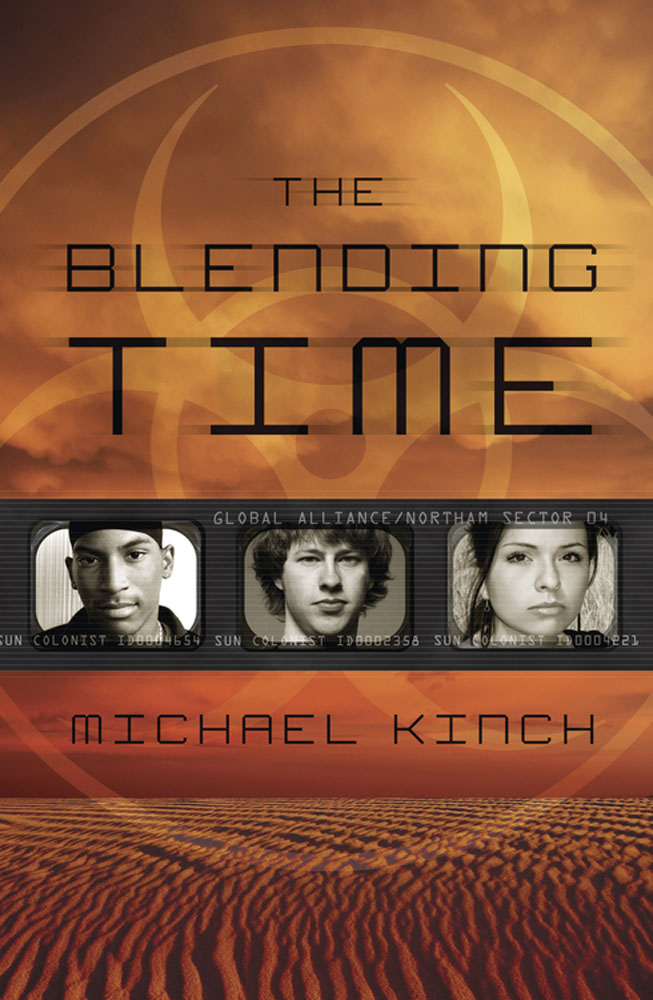 In the year 2069, turning seventeen means mandatory Global Alliance work assignments that range from backbreaking drudgery to deadly canal labor. Trying to survive in a world that's been ravaged by plagues and environmental disasters, three "teeners" from the harshest backgrounds think they've gotten lucky. Jaym, Reya, and D'Shay are chosen to be among thousands of blenders, whose task is to help repopulate and rebuild Africa after a devastating solar flare. But the continent itself—roiling with civil war and mercenaries intent on crushing the blending program at any cost—poses the gravest danger. Separated, the three friends struggle to escape the violence and chaos, and somehow reunite. But will following rumors of a mountain hideout lead them to sanctuary, or cost them their lives?

Michael Kinch spent his youth in Las Vegas, Hollywood, San Francisco and Portland before enlisting in the Army where he was stationed in Germany intercepting Russian intelligence. A former librarian at Oregon State University, Kinch traveled widely in Africa leading workshops on the library sciences. His Blending Time novels arose from the vivid memories and friendships gained during that time. He lives near Salem, Oregon, with his family.