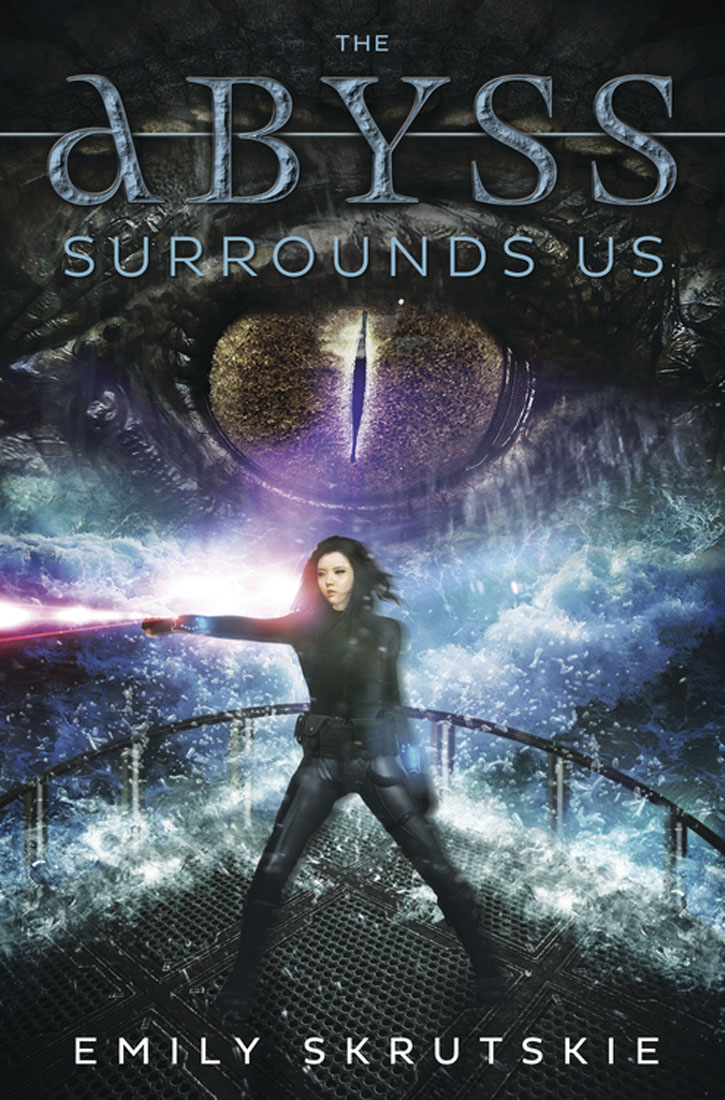 The Abyss Surrounds Us

For Cassandra Leung, bossing around sea monsters is just the family business. She's been a Reckoner trainer-in-training ever since she could walk, raising the giant, genetically engineered beasts to defend ships as they cross the pirate-infested NeoPacific. But when the pirate queen Santa Elena swoops in on Cas's first solo mission and snatches her from the bloodstained decks, Cas's dream of being a full-time trainer seems dead in the water. Waiting for her on the pirate ship is an unhatched Reckoner pup. Santa Elena wants to take back the seas with a monster of her own, and she needs a proper trainer to do it. She orders Cas to raise the pup and teach him to fight for the pirates. If Cas fails, her blood will be the next to paint the sea.

Emily Skrutskie (Ithaca, NY) has had her short fiction published by Harper Teen and attends Cornell University. The Abyss Surrounds Us is her debut novel.