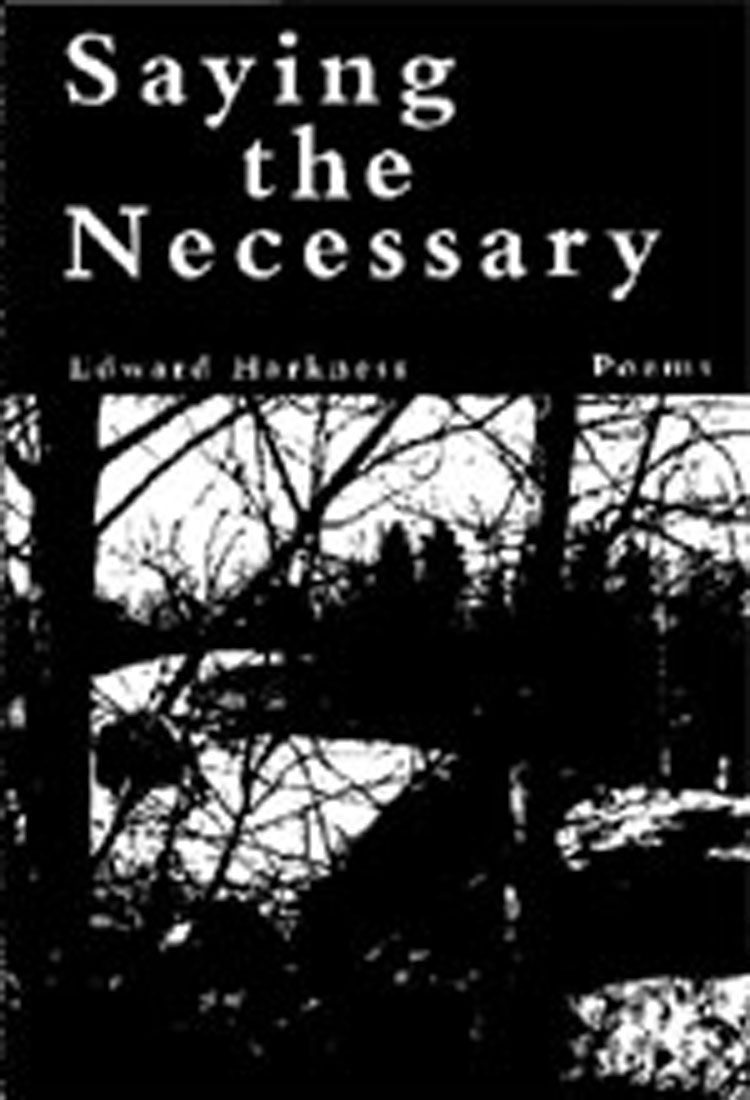 Poetry. The poems in this volume focus on life's essentials: childhood, the rhythms of family, love for those who are dearest. These themes stand in opposition, often within the same poem, to the darker edges of growing up, the quirks and burdens of history, and the violence of our times, whose horrors are nearer than we want to believe. Other recurring motifs include the ephemeral nature of time and memory, and the inevitability of loss. Poetry, for Edward Harkness, acts as a counterforce against these natural tendencies, against oblivion.

Edward Harkness grew up in Seattle's north end and has, with a few exceptions, including a year's teaching stint in the Peoples Republic of China, never gotten very far away from home. He holds degrees from the University of Washington and the University of Montana; at the latter he earned an MFA and studied with poets Richard Hugo and Madeline DeFrees. His poems have appeared in many periodicals, including American Review, Poetry Northwest, Seattle Review, Fine Madness, Portland Review, Northwest Review and CutBank. He is also author of several chapbooks, including Fiddle Wrapped in a Gunnysack (Dooryard Press, 1984) and Watercolor Painting of a Bamboo Rake (Brooding Heron Press, 1994). Saying the Necessary is his first full-length collection. He teaches writing at Shoreline Community College and lives with his family in Shoreline, Washington, which is an easy bike ride from his old north Seattle neighborhood.