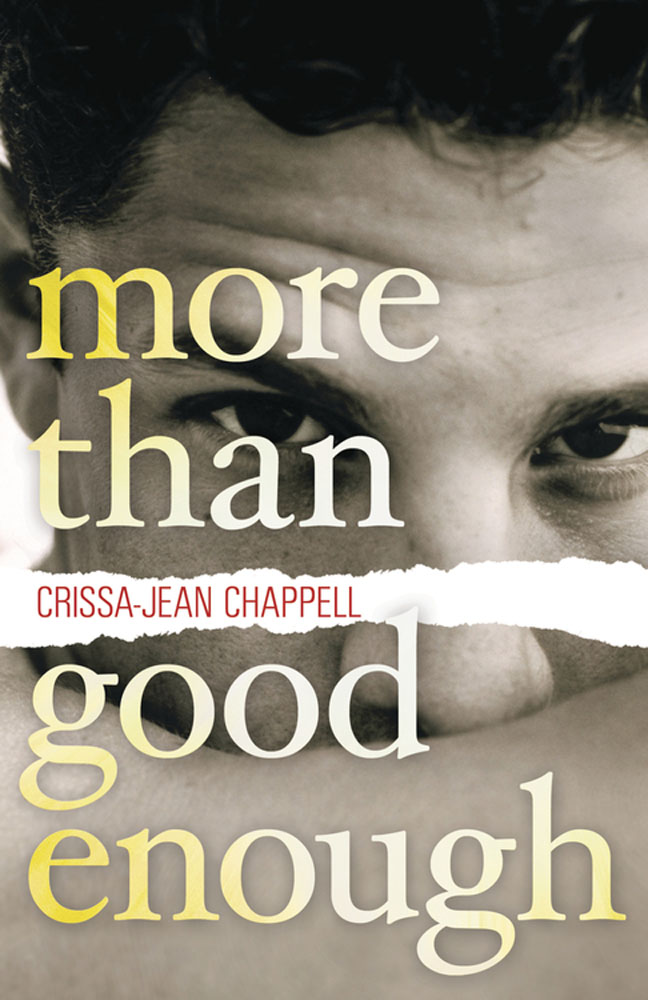 Half native. Half white. One hundred percent nothing. My mom doesn't want me. My dad just got out of jail. They want me to go live with him on the reservation, in the Everglades. Trouble is, everybody there just ignores me. At least I get to work with Pippa on my film project at school. We used to be friends when we were like twelve. Now that we're hanging out again it's like old times—except she's way cuter. The thing is, I don't belong anywhere. I don't fit in on the rez, and I suck at school. My dad thinks I'm an idiot, but Pippa thinks I'm all good. I don't know what to think. Am I bad news or am I more than good enough?

Crissa-Jean Chappell is the author of Total Constant Order (HarperTeen, 2007), which earned a bronze medal from the Florida Book Awards, received a VOYA "Perfect Ten," and was named a New York Public Library "Book for the Teen Age." She holds an interdisciplinary Ph.D. in literature, film theory, and philosophy from the University of Miami, as well as an MFA in screenwriting. Her reviews, short stories, and poems have appeared in many magazines, including Confrontation, Tatlins Tower, Broken Wrist Project, and the Southwest Review. For more than eight years, Chappell wrote a weekly film column for the Miami Sun-Post. The author lives in New York. Visit her online at CrissaJeanChappell.com.