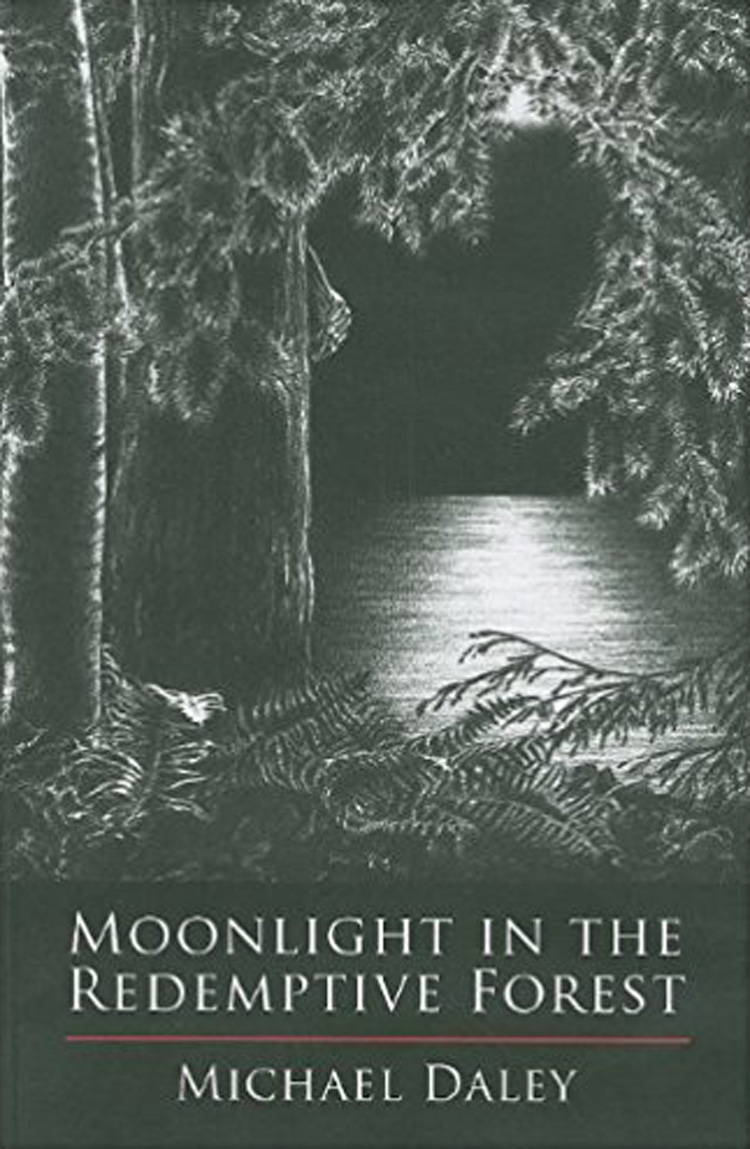 Moonlight in the Redemptive Forest

Poetry. Book with accompanying CD. Michael Daley's MOONLIGHT IN THE REDEMPTIVE FOREST drives a stake into the heart of complacency. Its theme is war, though not warfare. From spoken and unspoken minefields in drug addled families of America, from final solutions at Auschwitz and Eastern Europe, the savage firebombing of Tokyo, the poems depict survivors and victims with compassion and, ultimately, hope. Its longest poem evokes in narrative form a legend from Daley's South Boston Irish heritage, where poverty and suspicion overshadowed innocence. These poems should be heard--a CD, with music by Brad Killion, comes with the book--and savored for their crisp and daring language; not paeans to the virtuous triumphant, these are songs of the wounded who sing in their chains.

Michael Daley was born in Boston, is a graduate of the University of Massachusetts and has an MFA from the University of Washington. In 1983 he published his first collection of poetry, The Straits. His chapbooks include Angels, Original Sin, Horace: Eleven Odes, The Corn Maiden, and Rosehip Plum Cherry. His poems have appeared in American Poetry Review, Hudson Review, Alaskan Quarterly Review, Raven Chronicles, Seattle Review, and on the Writer's Almanac. In 2007 he published Way Out There: Lyrical Essays. In 2008 To Curve came out and in early 2010 Moonlight in the Redemptive Forest with a CD of poems and music arranged and performed by Brad Killion.