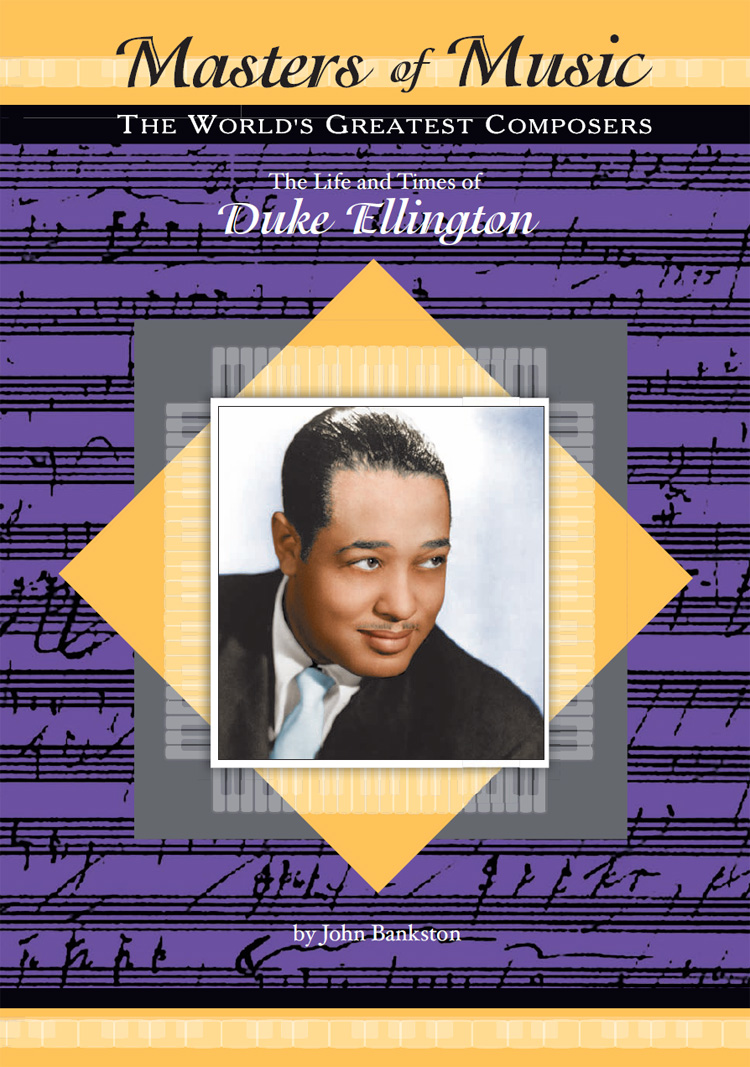 The Life and Times of Duke Ellington

More than any other musician in the early twentieth century, Duke Ellington brought jazz into nightclubs and later into the living rooms of America. The music he played sprang in part from the blues and gospel rhythms of the plantation slaves living in the mid-nineteenth century, infused with the sounds of ragtime from the turn of the century. Jazz has been called the first musical form created in the United States. It was a type of sharp improvisation for which band members played anything they wanted along a chosen key or set of chords, so every night the music was different. Duke led with his piano playing, but he allowed various other members of his band to shine, too. Embracing new technologies such as radio receivers and record players, Duke Ellington was an early pop star.