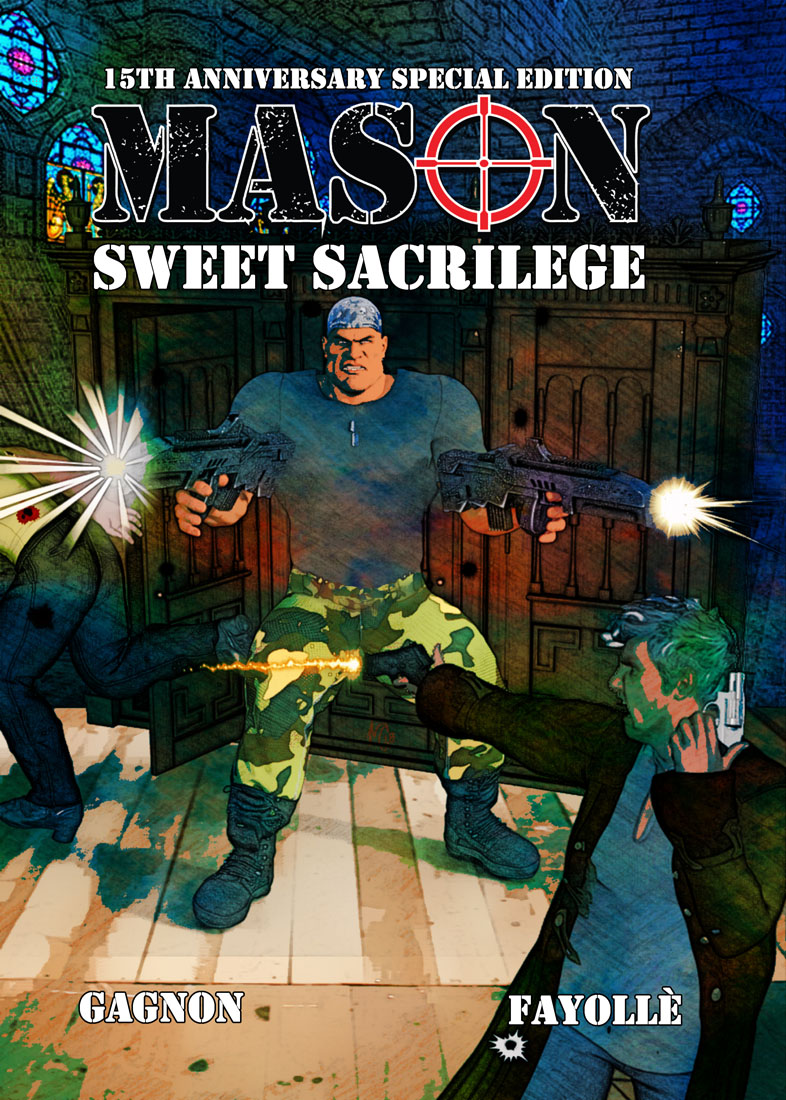 15 years after his first appearance, Mike Gagnon's cult action character Mason has his first appearance reprinted to celebrate his crystal anniversary. Presented in beautiful full color for the first time! This special edition premium trade also includes lots of bonus content, including cameos and short stories featuring the character from the last 15 years. All wrapped in a beautiful new cover illustrated by the creator himself! Action, violence, adventure and graphic language! A ruthless mercenary and killer...on the side of good. After a fellow veteran is murdered by the Russian mob, Mason fulfills a promise to his late friend to protect his daughter. Unfortunately, the Bratva don't believe the score is settled. Unfortunately for him, the young woman, Sharon, has no idea that her life is in danger and does not want to be saved. When saddled with an unexpected survivor, Brandon, a strange triangle of distrust develops between the characters. Mason doesn't trust Brandon, but more importantly, Sharon doesn't trust Mason. Hiding only delays the vendetta, leaving Mason to confront the threat head-on. After taking out a mob double-agent posing as a victim and sending his charge to safety, Mason must confront a crime family that uses a cathedral as a front for their criminal empire. In order to keep his word, Mason has to face the Russian mob the only way he knows how: Blood, sweat and bullets.