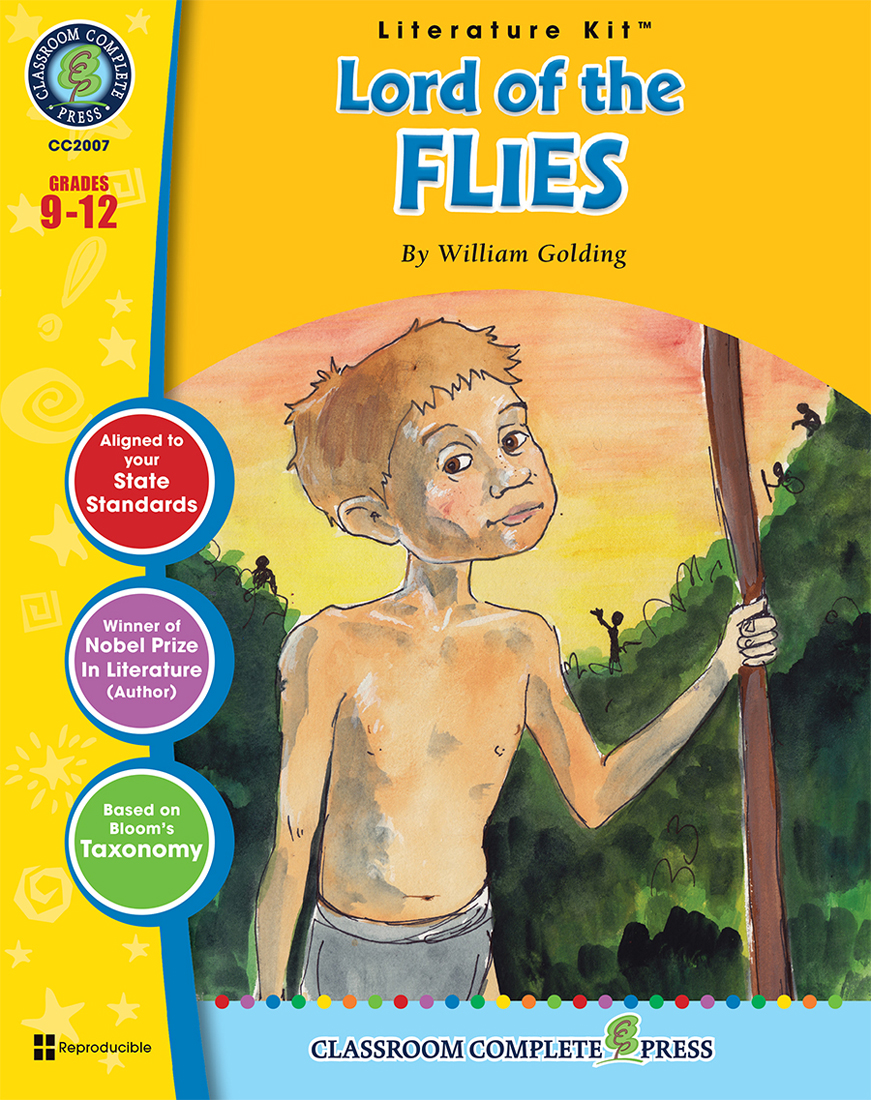 Witness the downfall of humanity and loss of innocence when a group of young boys descend into savagery. Challenging questions require students to really think deeper about the content of the book. Identify any part of today's society that might be considered 'island-like', and determine what this says about human nature. Put events in order as they happened when the boys are first stranded and must figure out how to survive. Complete sentences from the novel with their missing vocabulary words. Give meaning to the author's use of 'mankind's essential illness', and describe how this has affected the boys on the island. Map out Ralph's mindset by identifying some of the things that he reflects on. Create a shipwreck plan with a group that will get food, water, shelter, and possible rescue. Aligned to your State Standards and written to Bloom's Taxonomy, additional crossword, word search, comprehension quiz and answer key are also included.
About the Novel: Lord of the Flies, written by Nobel Prize-winner William Golding, is a story about a group of boys stranded on a deserted island, who must establish order amongst themselves. Shortly after crashing onto a deserted island, a group of pre-adolescent boys form a community, electing Ralph to be their leader. As his first act, Ralph proclaims the boys will have fun and keep the signal fire going. All is well until thirst for power draws one boy to form his own tribe of "savages". Armed with the fear of a fictitious beast, this group of boys descend into further savagery with sacrifice and death. The story reaches its climax as the beast is revealed to be within each boy's heart, and Ralph is forced to flee for his survival.