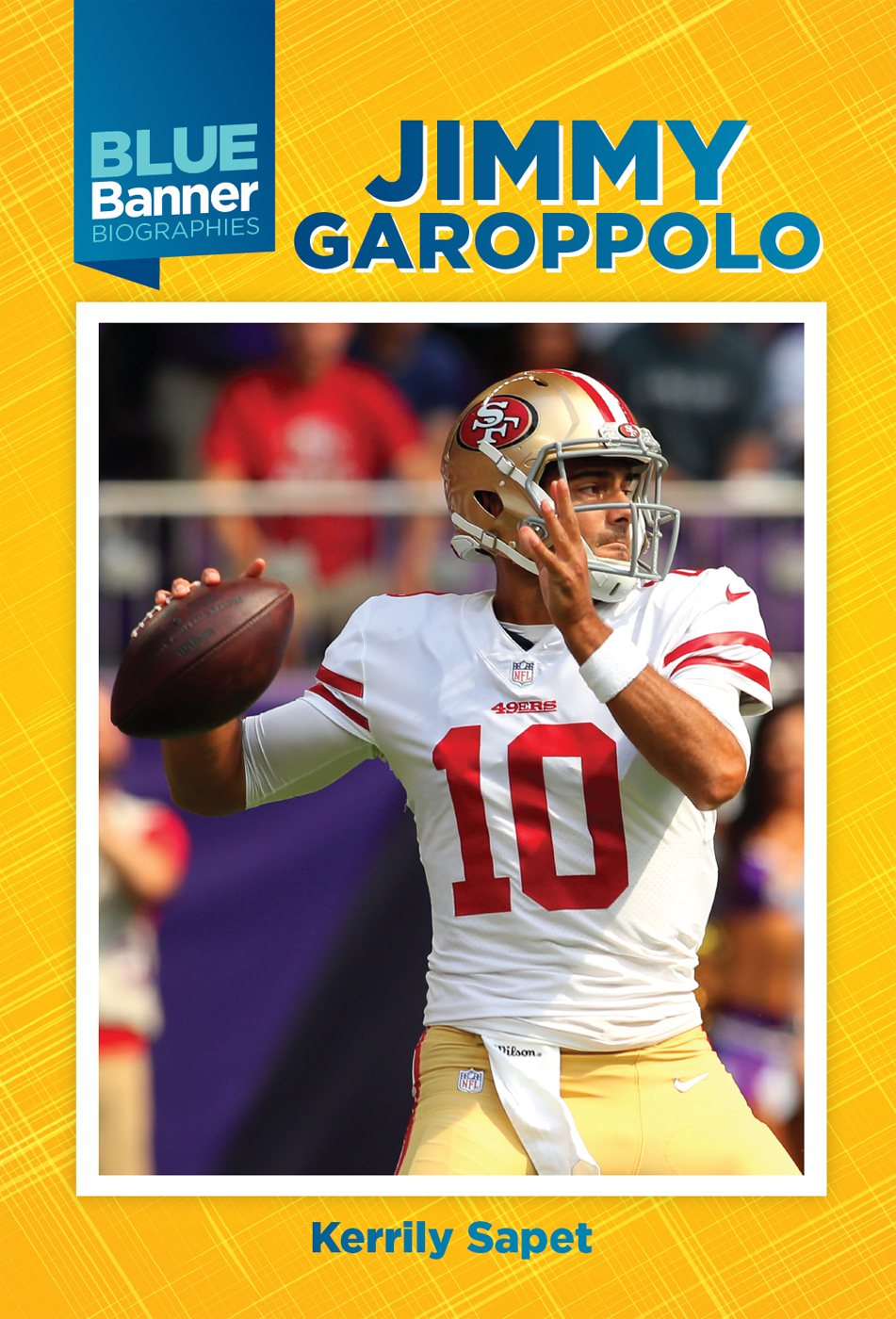 Jimmy Garoppolo started playing football when he was in sixth grade. At age 12 he was 6'2", and one of the biggest, strongest players. He played as a running back until coaches spotted his ability to throw. When Jimmy started playing quarterback, everything changed. He dominated the field in high school and college before being drafted by the New England Patriots. As Tom Brady's backup, he learned from the legendary quarterback. After being traded to the San Francisco 49ers, he became a starting quarterback. Jimmy Garoppolo wins fans by working to be a star on and off the field—helping others and his team to be their best.