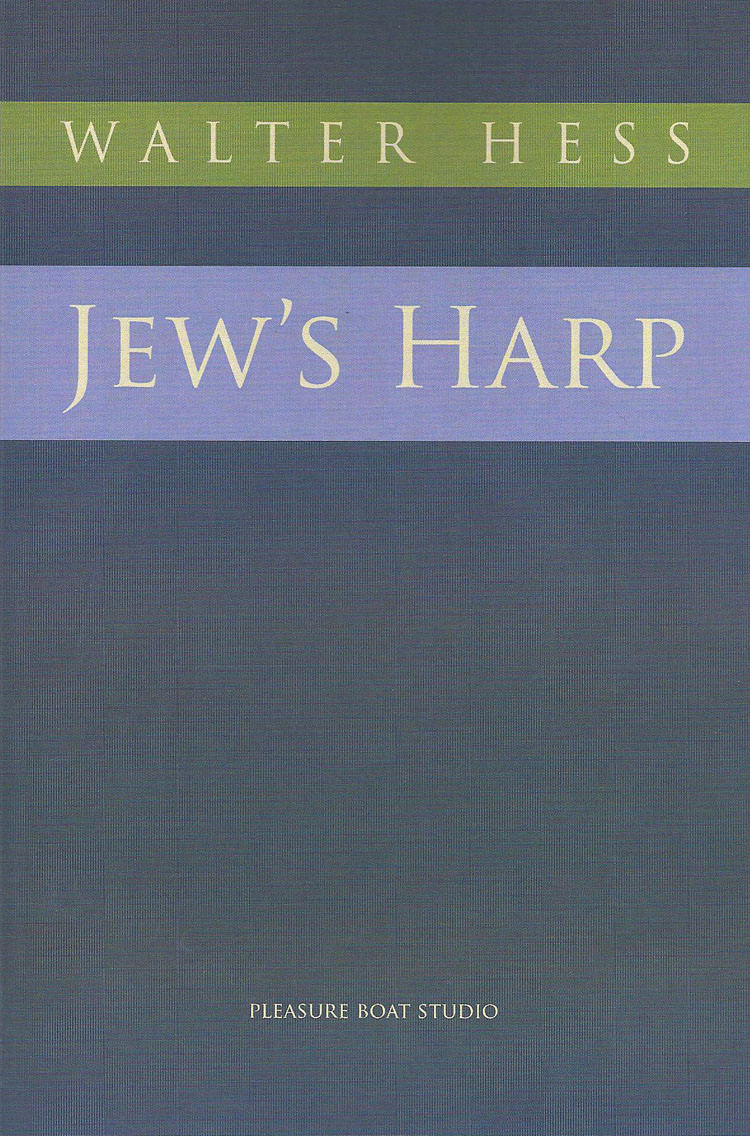 Poetry. Jewish Studies. Walter Hess's remarkable JEW'S HARP is a celebration of family, of tradition, of living through terrible and wonderful times, and even of memory itself. The obvious themes are love and survival. The controlled lyric and narrative voice of the poems is that of a son, and grandson, speaking about his father, mother, wife, children and grandchildren; they speak of the agony of loss and the joy of retrieval; they speak of journeys, from Hitler's Germany, to Ecuador, to safety in America, and a new life. These are poems of an open spirit toward God and His people. These poems create the feel of ritual, a distancing that the depth of his subject and emotion evoke.

Walter Hess was born in Germany and arrived in the US in 1940 via Ecuador. He was educated in New York City schools, with a BA from the City College of New York in 1952 and an MA from CCNY in 2003. He is a retired film editor. Films on which he collaborated have won numerous awards; among them two Peabodys and three Emmys. His poems have appeared in The American Poetry Review, Barrow Street, and Mima'Amakim. Translations from the German of the poetry of Hans Sahl have appeared in Metamorphosis. He was awarded a prize from The Academy of American Poets in 2002. In 2003 he received from the Nyman Foundation, a prize, along with a substantial cash award for a selection from his memoir.