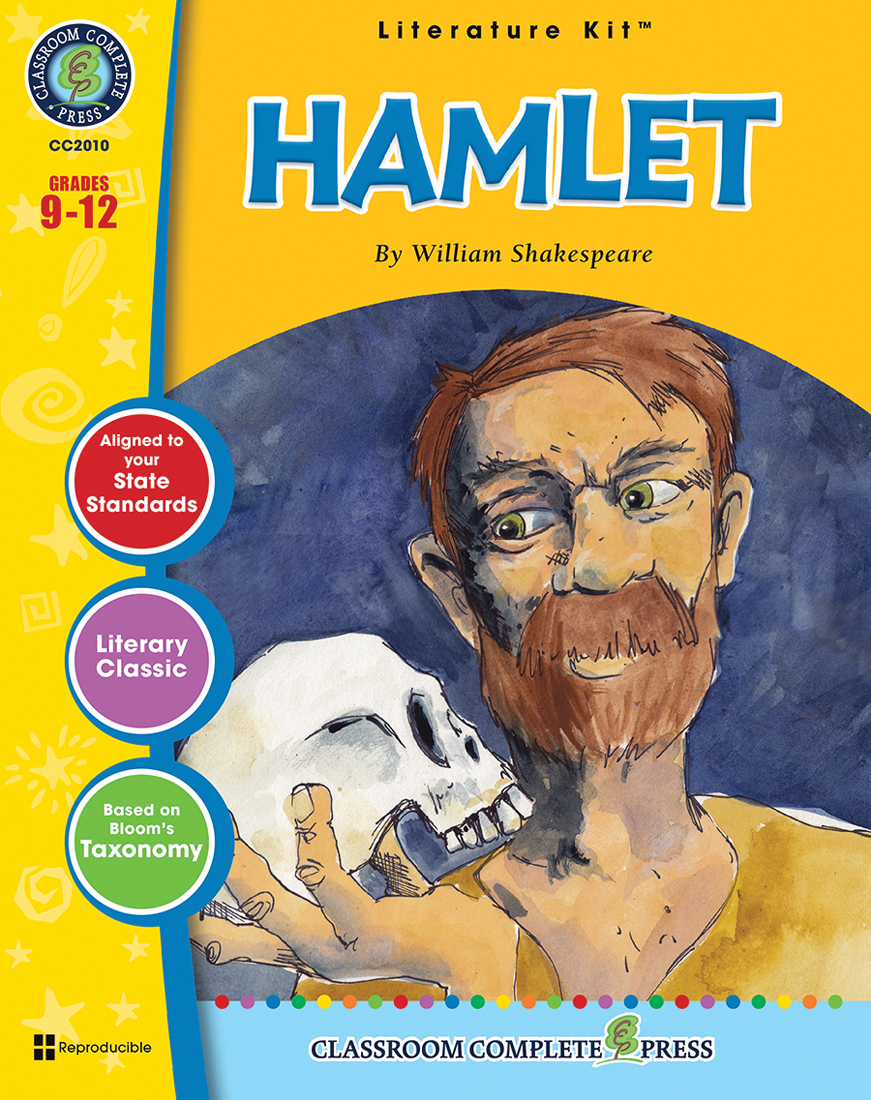 Students get wrapped up in a tale of betrayal and revenge, leading up to a tragic end. Our easy-to-use resource makes the study of this play more enjoyable for struggling readers. Become familiar with Shakespearean language by understanding the meaning of key vocabulary words. Determine whether statements about Hamlet's interaction with the ghost are true or false. Explain what conclusion Polonius made from Ophelia's report, and what course of action he decided on. Describe what Hamlet sees that convinces him of his uncle's guilt. Students write their own interpretation of Hamlet's famous "To Be or Not To Be" soliloquy. Track Hamlet's state of mind as he descends into madness. Aligned to your State Standards and written to Bloom's Taxonomy, additional crossword, word search, comprehension quiz and answer key are also included.

About the Novel: Hamlet is the classic tale of a king who is murdered by his brother and assumes the crown, and his son who seeks revenge. Hamlet is visited by the ghost of his father, who informs him that his brother Claudius murdered him and married his wife. He tells Hamlet that he must get his revenge by murdering his uncle and taking the throne. Hamlet's strange behavior begins to raise questions from those around him. Not yet convinced of the ghost's claims, Hamlet attempts to prove Claudius' guilt with a play that re-enacts the King's death. Satisfied, Hamlet attempts to receive his revenge. Claudius realizes Hamlet knows the truth and attempts to have him killed. The story climaxes with a tragic end.