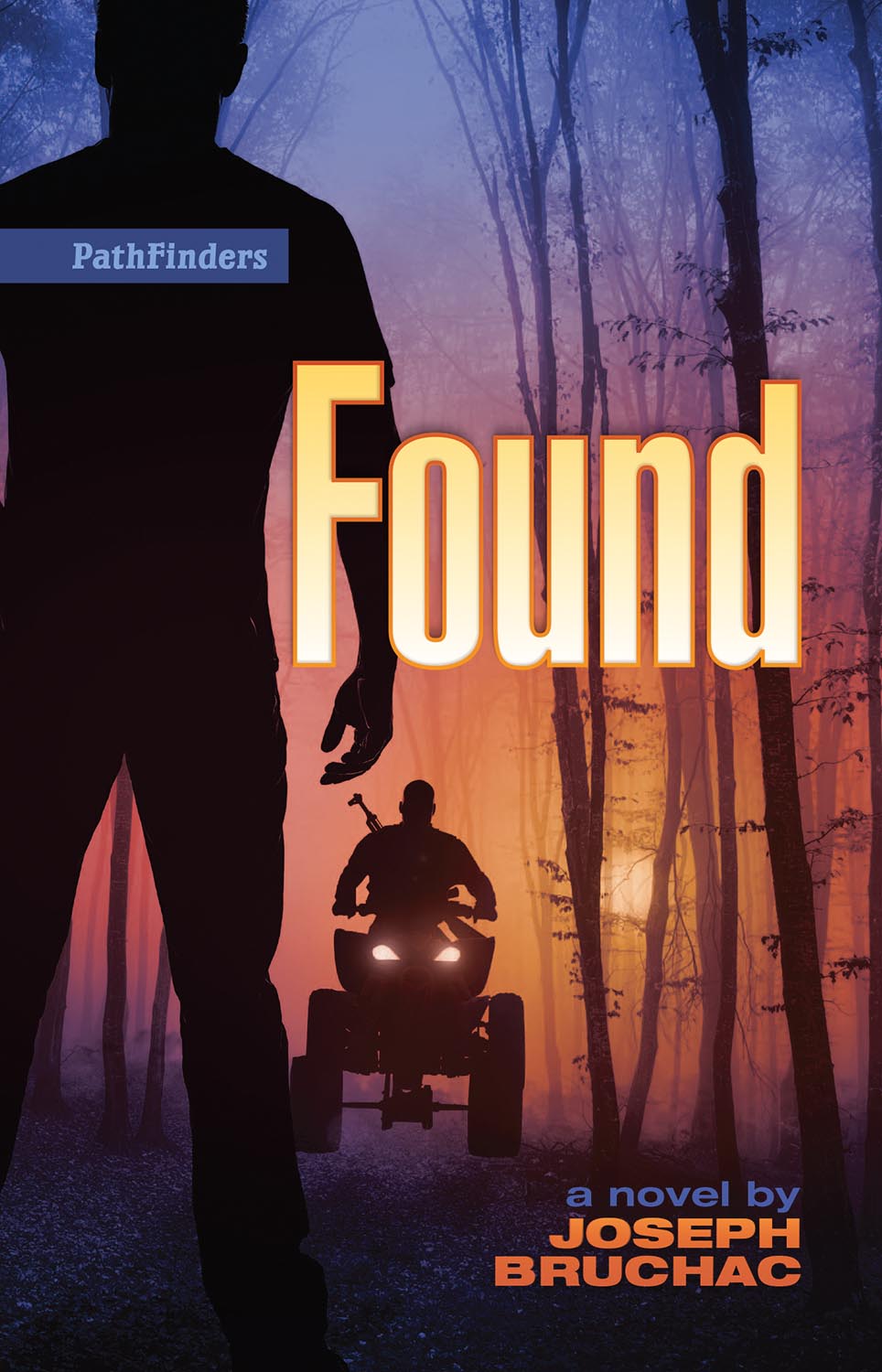 A teenage survival expert finds all his skills tested as he's pursued through the Canadian wilderness by men determined to silence him. On his way to teach at Camp Seven Generations, a Native outdoor school, Nick witnesses a murder and then is thrown off a train. Remembering and using the teachings of his Abenaki elders will prove to be the difference between life and death for him. Although his pursuers have modern technology to help them, Nick has something even more useful. In addition to the skills he's learned, he has an ally in the natural world around him. Found, like the famous story "The Most Dangerous Game," is a tale that focuses on being hunted until a way can be found to become the hunter.

Joseph Bruchac is a writer, storyteller, proud Nulhegan Abenaki citizen, and respected elder among his people. He lives in the Adirondack mountain foothills town of Greenfield Center, New York, in the same house where his maternal grandparents raised him. Much of his writing draws on that land and his Native American ancestry. Although his northeastern American Indian heritage is only one part of an ethnic background that includes Slovak and English blood, those Native roots are the ones by which he has been most nourished. He works extensively on projects involving the preservation of Abenaki culture, language, and traditional Native skills, including performing traditional and contemporary Abenaki music with the Dawnland Singers. He is the author of more than 140 books for children and adults. He discusses Native culture and his books and presents storytelling programs at dozens of elementary and secondary schools each year as a visiting author. For more information, visit josephbruchac.com.