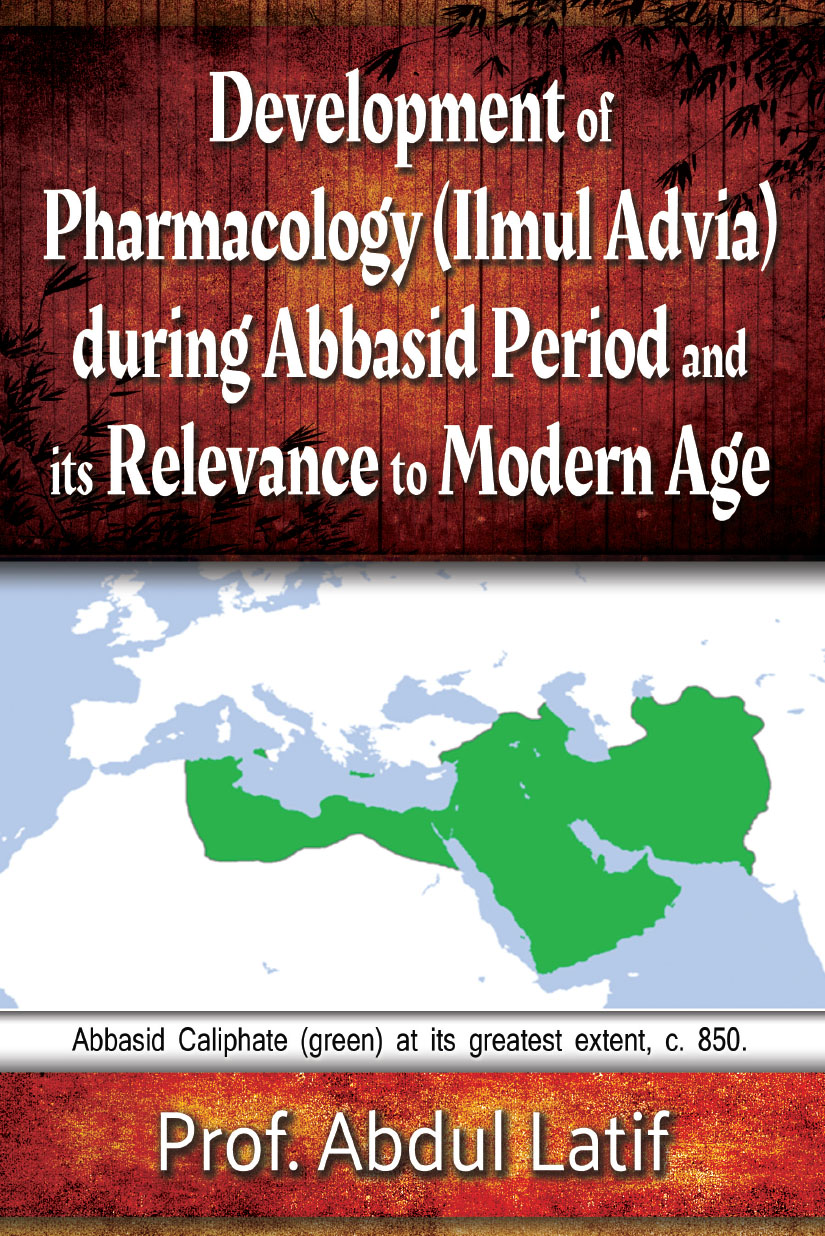 This book is beneficial for the readers, especially for Medical historian, Researchers of natural medicinal drugs, Project on natural drugs and medical Scholars of all the system of Medicines.Second part of this book emphasized and written about the relevance of works done during Abbasid period and claims of Drugs used in diseases are confirmed scientifically by screening of pharmacological, antimicrobial and clinical studies.

Prof. Abdul Latif is born on September 20, 1952 at Gonda Uttar Pradesh India. His Qualifications are B.Sc. in 1973 from Gorakhpur University and BUMMS; Bachelor of Unani Medicine with Modern Medicine and Surgery in 1979 and MD with Ilmul Advia Unani Pharmacology in January 1983 from Aligarh Muslim University. He had completed Indo American Course of Ophthalmic Optometry from Indiana University in 1975 and Dermatology Pharmacy Course from School of Dermatology New Delhi. He has more than 35 Years of experience involved in teaching from 1983 to 2017 and research from 1983 to till date. Prof. Latif is retired as a Professor from the Department of Unani Pharmacology—Ilmul Advia, Aligarh Muslim University on 30th September 2017. He had served in Hamdard University, New Delhi as Lecturer and also Assistant Research Officer in Unani CCRUM, Ministry of Health and Family Welfare Govt. of India, New Delhi. He has participated in various International congress and conferences abroad viz. Lahore, Halle in Germany, China, Karachi, Berlin, Munich, Frankfurt and Bochum in Germany and Turkey. He was Chairman, Department of Ilmul Advia that is Unani Pharmacology, Faculty of Unani Medicine, Aligarh Muslim University, Aligarh during 2006 to 2009 and 2013 to 2016 and worked as Provost of Sir Syed Hall South from 2011 to 2012. He was also the Coordinator of DRS I Program of UGC Govt. of India from 2011 to 2016. He was recognized as the first teacher in India and the Faculty of Unani Medicine AMU Aligarh who has received DRS I Programme of UGC SAP II on the Thrust Areas Standardization, Pharmacognosy and Pharmacology of Unani Drugs from 2011 to 2016. He has worked as Principle Investigator in several research projects from the Ministry of AYUSH, Government of India and is the editor of International Journal of Pharmacognosy and Chinese Medicine. Professor Abdul Latif proved himself an excellent researcher after his novel inventions viz. Latif Sukul Syndrome Iris heterochromic vitiligo: A syndrome. This is the first discerned case of its kind in Asia coined and published by Prof. Latif. It is a rare Autosomal dominant congenital disease which indicates that vitiligo or such pigmentary disease can also be of hereditary and genetic. He has seen more than 4000 cases of vitiligo. The work was published in Ophthalmological Journals and was presented in IX Biennial Conference of Dermatology, Lahore Pakistan Instrument designed for the treatment of Vitiligo and Psoriasis on basis of Appropriate Technology of Mahatma Gandhi concept of cheap treatment for all UV Lamp comprising of UVC light first ever designed cheaper and handy device Female patients can use themselves on hidden portion of their affected parts. Melanonychia Nail Pigmentation First ever reported case in the world with plant drugs Effect of Atrilal Ammi majos Linn during the treatment of Vitiligo Instrument for the preparation of Nabeez Fermented Dosage Forms of drugs Medicinal plants on the basis of Appropriate Technology. Prof. Latif is the member of (1) Royal Society of Health MRSH London (2) International Whos Who Historical Society USA (3) The American Biographical Institute (4) Indian Pharmacological Society (5) International Association for the Study of Traditional Asian Medicine (6) European Society of Integrative Medicine Berlin Germany (7) International Association for History of Islamic Medicine Bahrain (8) Life Member and Joint Secretary of Ibn Sina Academy Aligarh. Prof. Latif, is a member of 04 Editorial Boards, (1) Editor in Chief Souvenir cum Abstract Book, 2nd National Seminar on Relevance of Modern Methods of Studies in Unani Medicine under the auspices of UGC DRS I Programme at Department of Ilmul Advia, Faculty of Unani Medicine, Ajmal Khan Tibbiya College, AMU, Aligarh 202002 on 27 to 28 November 2014, (2) Member, Editorial Board, Pharmacophore: An International Research Journal, IF 1 point 728 (3) Member, Editorial Board, Journal of Pharmacovigilance and Drug Safety, SOPI IF 3 point 206 (4) Member, Editorial Board, Jahan-e-Tibb. He has earned 17 prestigious awards on credit, Published 12 books 78 papers, Attended 45 International and 72 National Conferences in his Research experience of 35 years.