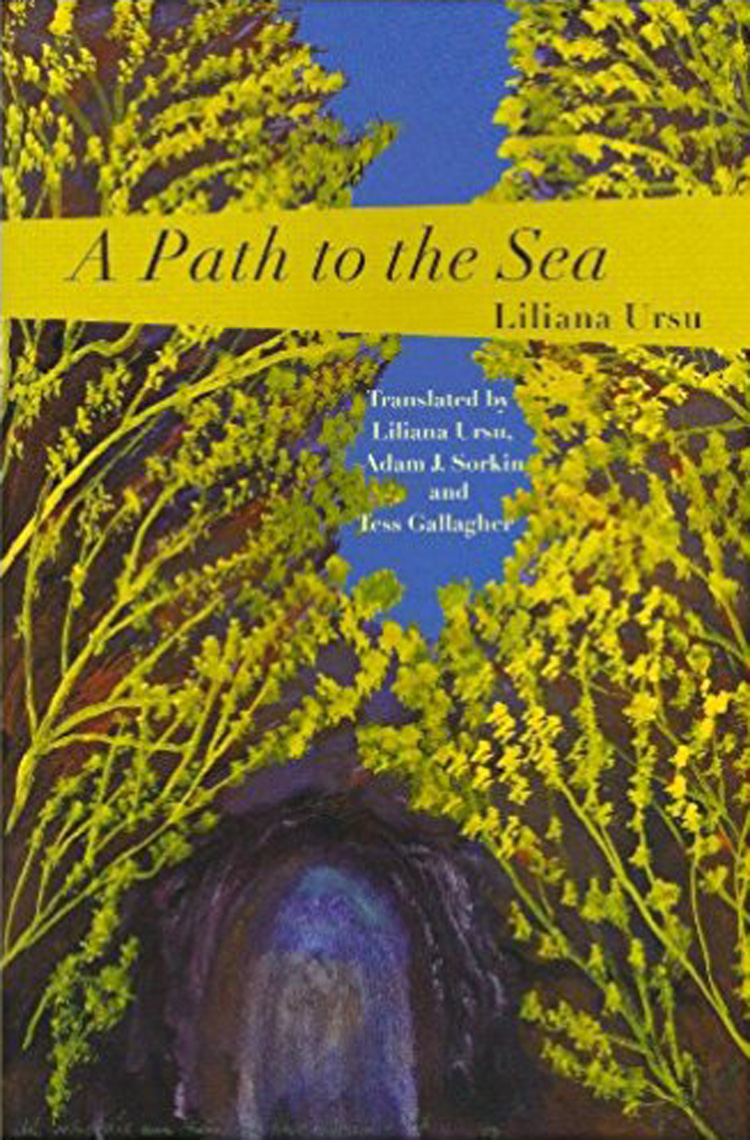 A Path to the Sea

From poet Tess Gallagher, one of the translators of this new book by Liliana Ursu: 'Like a ring of fire around fire,' Liliana Ursu ends her poem, an image that also conveys the intensity of this book. Translating these amazing poems was like translating lightning. They left me singed and stricken but lifted by their illuminations, their sudden, piercing power. Co-existing with Ursu s magical binding of the broken world with 'word-shadow' is her close, wide, child s eye fixed tenderly on wild strawberries, on the bird's egg fallen from its forest nest. She knows to leave the wasp s sting in us, allowing us 'great pain after great love.'

Liliana Ursu is an award-winning and internationally acclaimed Romanian poet. A Path to the Sea, new poems translated by Ursu, Adam J. Sorkin, and Tess Gallagher, brings together poems from the poet's birthplace, her sojourns in the United States, and her adopted city of Bucharest. Among Ursu's awards in Romania's highest cultural honor, the rank of Knight of Arts and Literature.