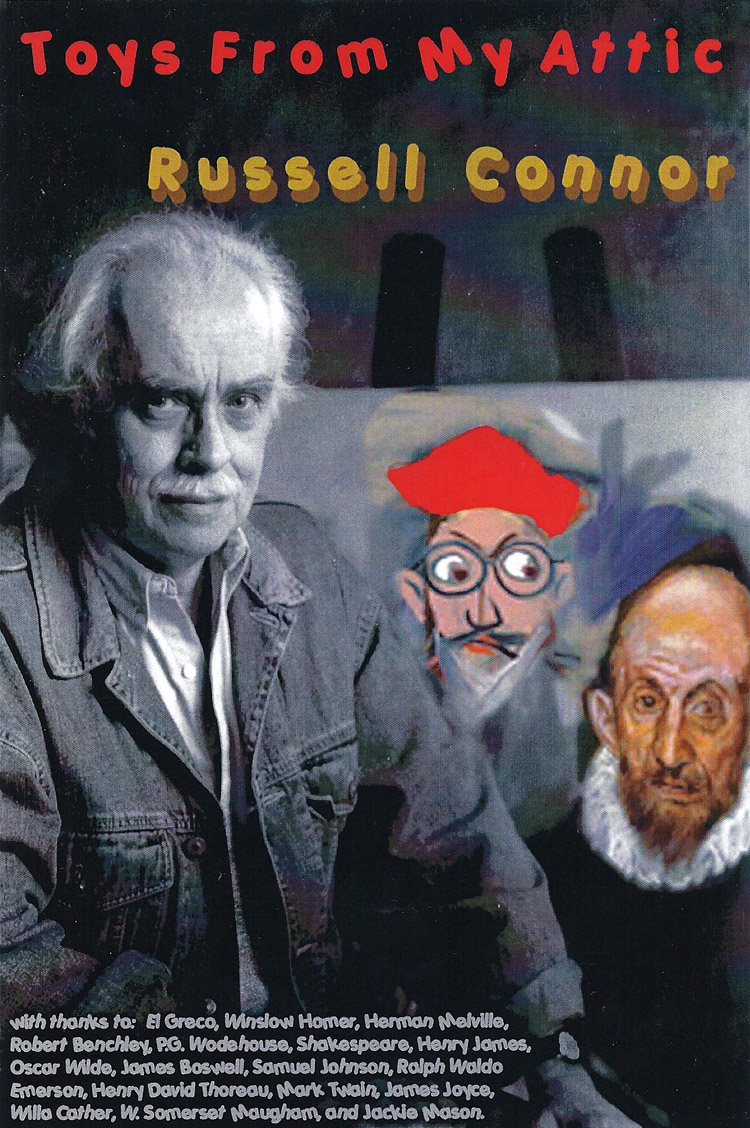 Toys From My Attic

Fiction. Art. Memoir. Poetry. Drama. This small book contains various pieces—memoir, short stories, poems, a one-act play, some artwork—all done as humorous commentary on life. A former TV host for studies of museum art, Connor is best known for his paintings. His earlier book, Masters in Pieces (Journey Editions, 1997), illustrated not only his skill but also his humor in putting great works of art together. Of it, Eric P. Nash wrote in The New York Times: "...Magically, Connor whisks away the artifice of art history to forge some deeper connections, and makes us smile all the while."

Russell Connor is an internationally known painter and writer who has contributed covers and illustrated essays to The New Yorker and The New York Times Book Review. After study with Josef Albers at Yale, and years painting in Japan and France, he was invited by the Museum of Fine Arts in Boston to be writer and host of Museum Open House, a nationally televised weekly gallery talk, produced with WGBH for public television for four years. While active as a painter, he also produced award-winning films on art, and was an early champion of video art. In 1970 he curated the world's first museum exhibition of video art at the Rose Art Museum of Brandeis University, and later collaborated with Nam June Paik, Bill Viola, and William Wegman.