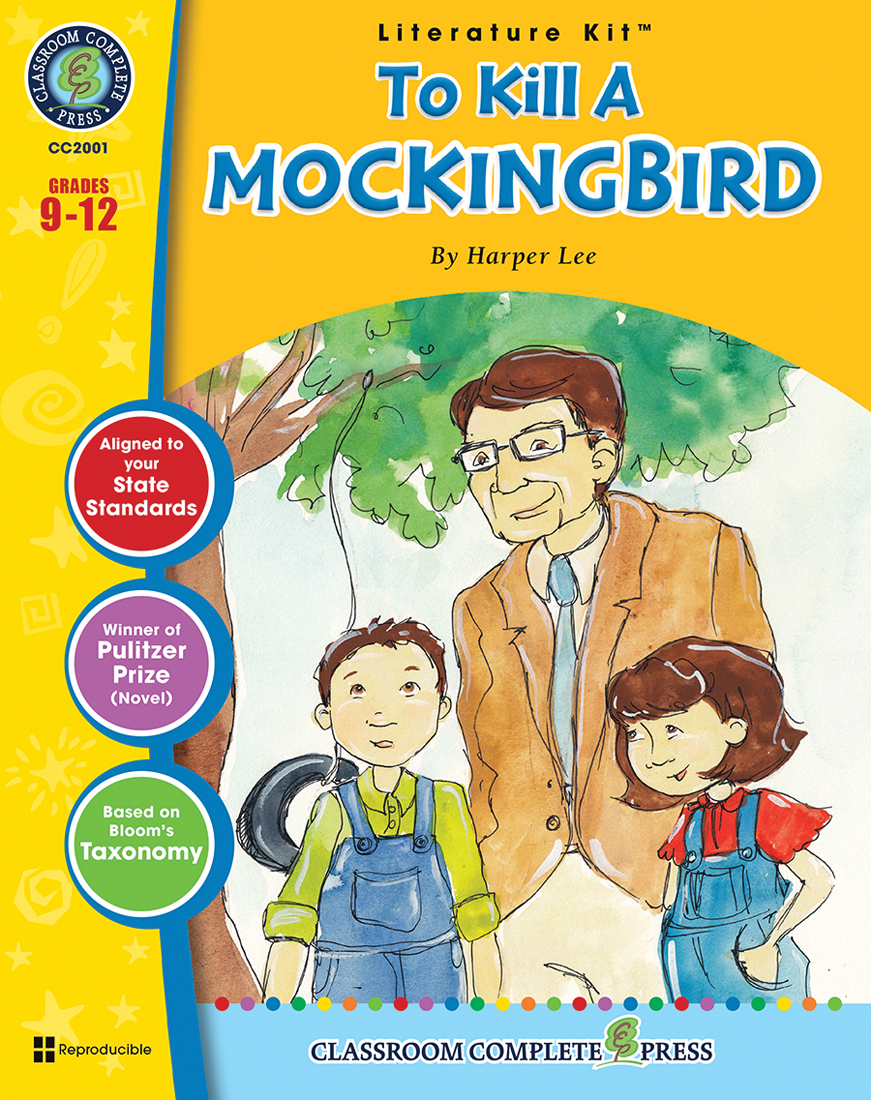 Experience prejudice during the Great Depression in this classic example of modern American literature. Great for mature lower level readers, offering grade-appropriate vocabulary and comprehension activities. Students are asked to describe what they already know about life during the Great Depression. Describe the light and dark imagery surrounding the scene out front of the jail. Describe the editorial by Mr. Underwood, and explain why the characters compare his death to that of a songbird. Complete sentences from the story with their missing vocabulary words. Explore the choice of having Scout act as narrator in the story, and what advantages and disadvantages come with first person point of view. Analyze the character of Atticus by using a T-Chart for match characteristics with proof from the text. Aligned to your State Standards and written to Bloom's Taxonomy, additional crossword, word search, comprehension quiz and answer key are also included.
About the Novel: To Kill a Mockingbird is a Pulitzer Prize-winning story about a young girl and her family living in Maycomb, Alabama during the Depression. Six-year-old Scout Finch lives with her older brother Jem, and lawyer father Atticus. Scout and Jem befriend a boy named Dill who stays with his aunt each summer. The three children become fascinated with their neighbor, Boo Radley, who stays hidden in his home. One summer, Atticus is appointed by the court to defend a black man named Tom Robinson, who is accused of raping a young white woman. Atticus receives much disapproval from the townspeople, which leads to Scout, Jem and Dill saving their father and Tom from an angry mob.