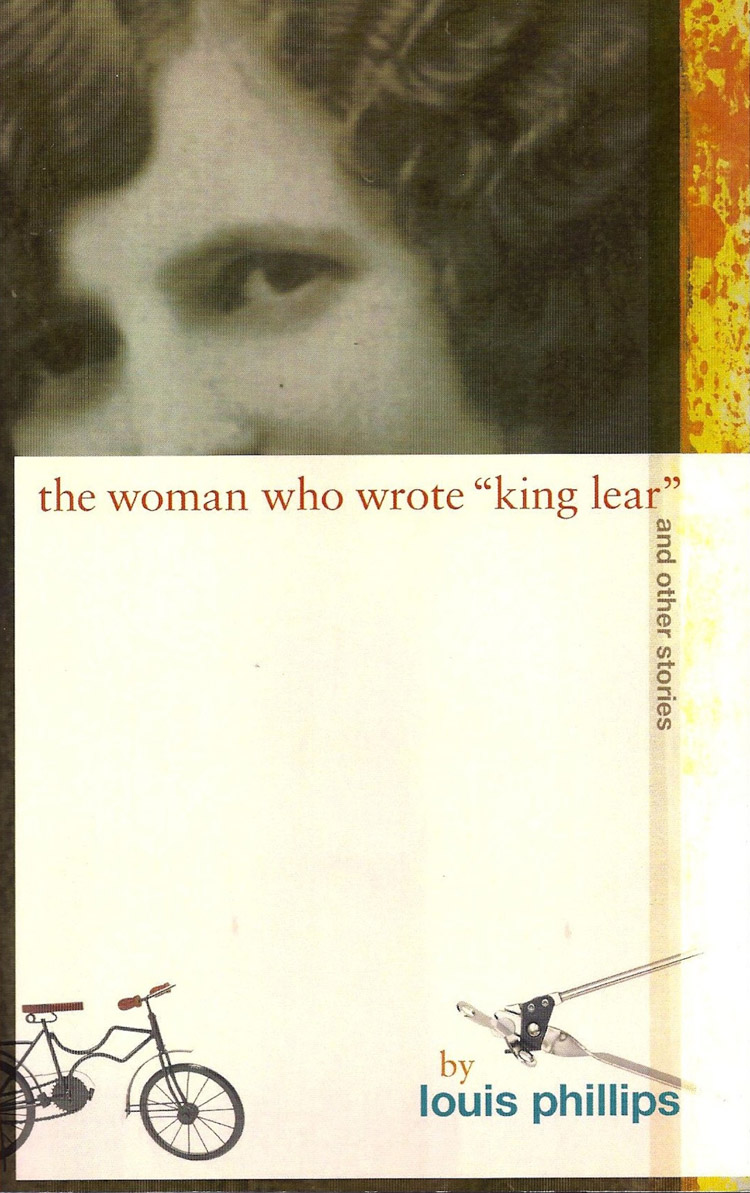 The Woman Who Wrote "King Lear," and Other Stories

Fiction. This wildly imaginative collection of fourteen short stories won't move you to tears, but will very likely move you to laughter. Phillips writes about a "committee of grief," about termites in Africa, about Lee Harvey Oswald's can opener. He tells of how an angry consumer shows his disdain for the telephone company by sending out false bills which, ultimately, leads to the withdrawal of the state of Iowa from the union. In one crazy piece, Phillips describes the chaos that occurs when a cat finds Thomas Hardy's heart, and, well, devours it, disrupting plans to put the heart on display. And he writes that amazing title story: Yes, it's true. "King Lear" was penned by Radcliffe Graduate Muriel B. Hopkins, not by the esteemed William Shakespeare. What is the theme connecting these stories? Madness, perhaps, but not only the madness of single characters - these stories are also about the "madness of crowds." Read these stories, but be prepared to confront new realities, some of which you may never entirely escape.

Louis Phillips has published more than 35 books for children and adults. Among his works are two collections of short stories A Dream of Countries Where No One Dare Live (SMU Press) and The Bus to the Moon (Fort Schuyler Press); Hot Corner, a collection of his baseball writings, and R. I. P. (a sequence of poems about Rip Van Winkle) from Livingston Press; The Envoi Messages, a full-length play (Broadway Play Publishers). His books for children include The Man Who Stole the Atlantic Ocean (Prentice Hall & Camelot Books), The Million Dollar Potato (Simon and Schuster), and How to Wrestle an Alligator (Avon). His sequence of poems The Time, The Hour, The Solitariness of the Place was the co-winner in the Swallow s Tale Press competition (l984). Among his other books of poems are The Krazy Kat Rag (Light Reprint Press), Bulkington (Hollow Spring Press), Celebrations & Bewilderments (Fragments Press), In the Field of Broken Hearts, and Into the Well of Knowingness (Prologue Press). His most recent books are The Audience Book of Theatre Quotations and The Death of the Siamese Twins & Other Plays (both by World Audience, Inc.). He teaches at the School of Visual Arts in NYC.