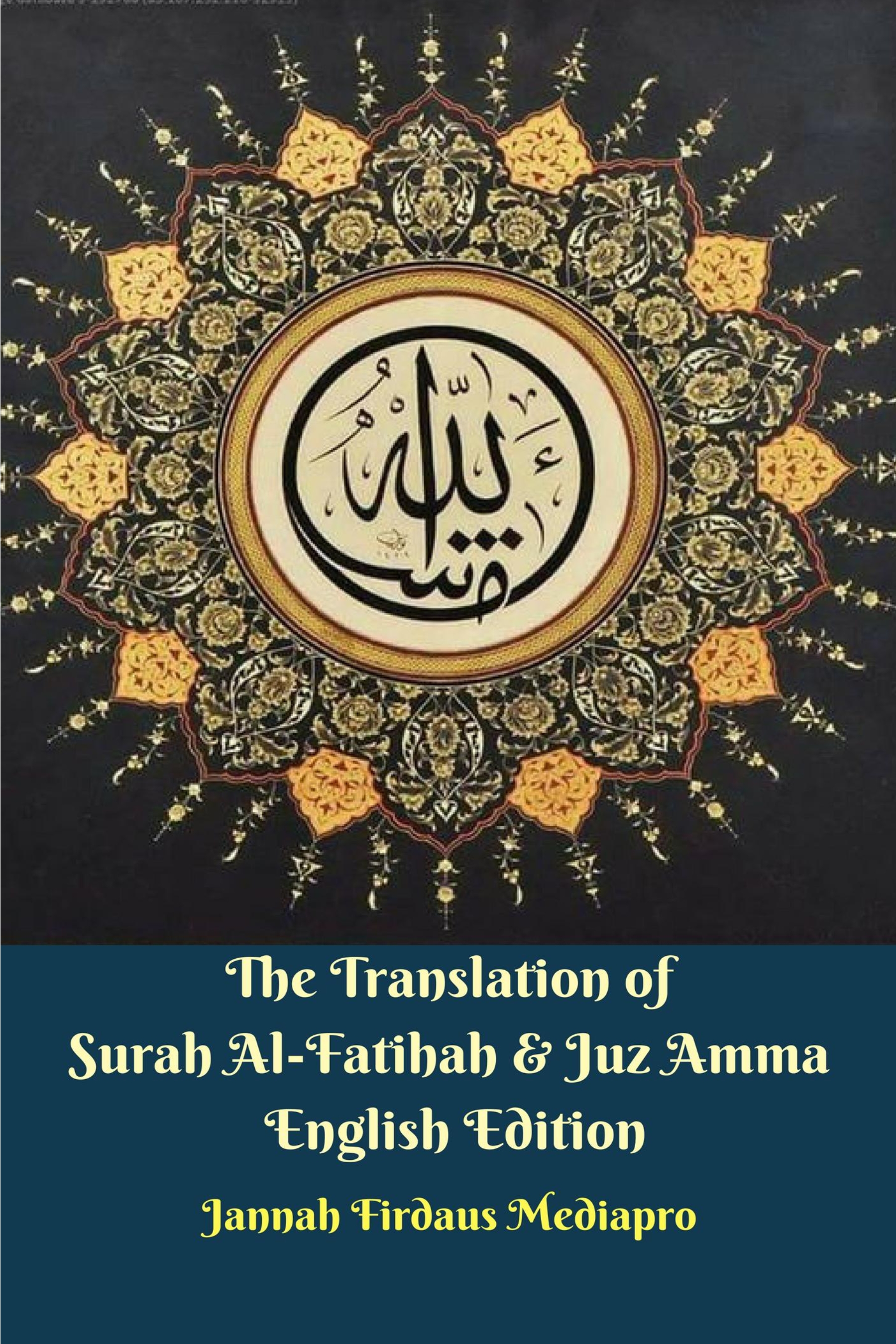 The Meaning & The Translation of Surah Al-Fatihah (Opener) & Juz Amma from The Holy Quran In English Languange Edition. The Holy Quran (also written as Koran) is the eternal and literal word of God. Prophet Muhammad ( an Arab and a descendant of Abraham) received these divine revelations (The Holy Quran) over a period of 23 years in the seventh century of the Common Era (C.E.). Each revelation was written down by the Prophet's scribes according to the Prophet's instructions. The current order and organization into the 114 chapters (surahs) of the entire revelations were therefore given to us by the Prophet himself. Additionally, the Prophet and many fellow Muslims (sahabah) had committed the entire Quran to memory. The practice of memorizing the whole Quran continued throughout the centuries. There are thousands of such Muslims, known as Huffaz, usually one for each Mosque in Muslim countries. To learn more on this, please read Preservation of the Quran. In order to gain a proper understanding of many verses in the Holy Quran, it is important to understand and know the historic context of the revelations. So many revelations in the Holy Quran came down to provide guidance to Prophet Muhammad and the fellow Muslims based on what they were confronting at that time. "Alif, Lam, Meem. This is the Scripture whereof there is no doubt, a guidance unto those who ward off (evil). Who believe in the Unseen, and establish worship, and spend of that We have bestowed upon them; And who believe in that which is revealed unto thee (Muhammad) and that which was revealed before thee, and are certain of the Hereafter. These depend on guidance from their Lord. These are the successful. As for the Disbelievers, Whether thou warn them or thou warn them not it is all one for them; they believe not. Allah hath sealed their hearing and their hearts, and on their eyes there is a covering. Theirs will be an awful doom." (Surah Al-Baqarah, Chapter 2)