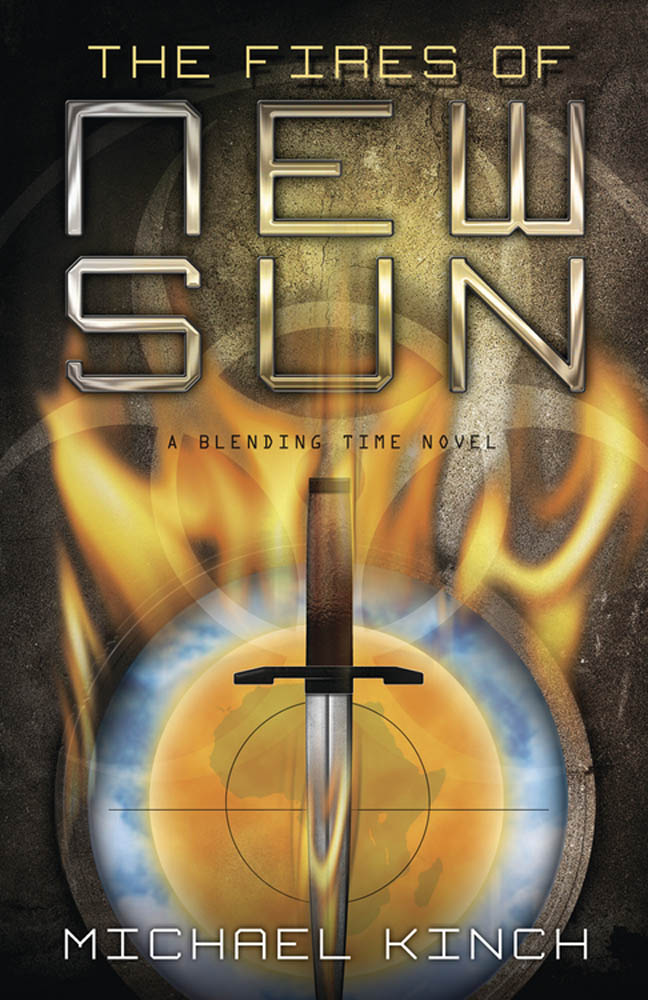 The Fires of New Sun: A Blending Time Novel

Under siege in the harsh African desert. Their only choice: rise up against ruthless renegades . . . or die. After weeks of suffering from exhaustion and starvation, Jaym and D'Shay, conscripted Northam Blenders, have helped dozens of Nswibe refugees cross the African desert under the blazing savannah sun. They've finally reunited with their friend, Reya, and found safe haven at a New SUN outpost, a cavern fortress hidden in the Blue Mountains. But their troubles are just beginning. Treachery and infighting run rampant at the camp. And as a massive 'gade attack looms, the three friends are quickly drawn into a deadly battle. Overcoming the siege is vital—defeat would mean slavery, death, and the end of the Blender program, Africa's last hope. Racing against time, Jaym, Reya, and D'Shay mount a daring counterattack against the power-hungry 'gades—knowing that if they fail, their world will be destroyed.

Michael Kinch spent his youth in Las Vegas, Hollywood, San Francisco and Portland before enlisting in the Army where he was stationed in Germany intercepting Russian intelligence. A former librarian at Oregon State University, Kinch traveled widely in Africa leading workshops on the library sciences. His Blending Time novels arose from the vivid memories and friendships gained during that time. He lives near Salem, Oregon, with his family.