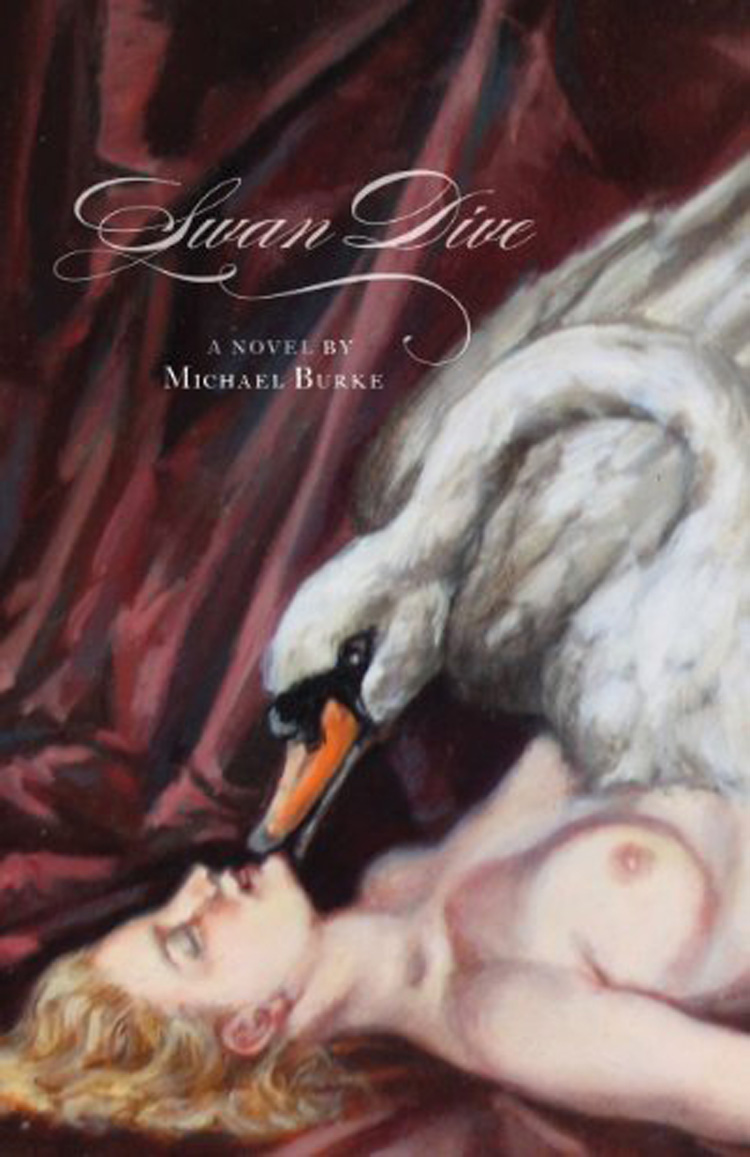 Swan Dive focuses on "Blue" Heron, a down-and-out detective with a roaming eye who gets much too involved in a complex business deal, a deal which results in embezzlement, swindling, sexual misconduct, and murder. Along the way, Blue discovers a great deal about himself while trying to understand the subterfuge. One of his problems is that he often gets too entranced with whatever woman is nearest to be able to concentrate on the job he's being paid to do. That makes for trouble.

Michael Burke has traveled through a number of careers since he graduated from college. The first was as an astronomer, working at observatories in the U.S., Hawaii and Iran. He then went back to school to obtain a Master's Degree in City Planning. He worked in New York City's Planning Department and later became an Assistant Professor at Columbia's Graduate School of Architecture and City Planning. Michael changed direction again when he found a loft in Soho and began to paint. He has been an artist for more than 30 years - painting, drawing, and creating aluminum books and sculpture. He has exhibited the work extensively in the U.S., Japan, and Europe. Although he has written and published poetry over the years, Michael has only recently arrived on the mystery scene. He has published three mystery novels starring detective Johnny "Blue" Heron; Swan Dive, Music Of The Spheres, and Out Of Mind.