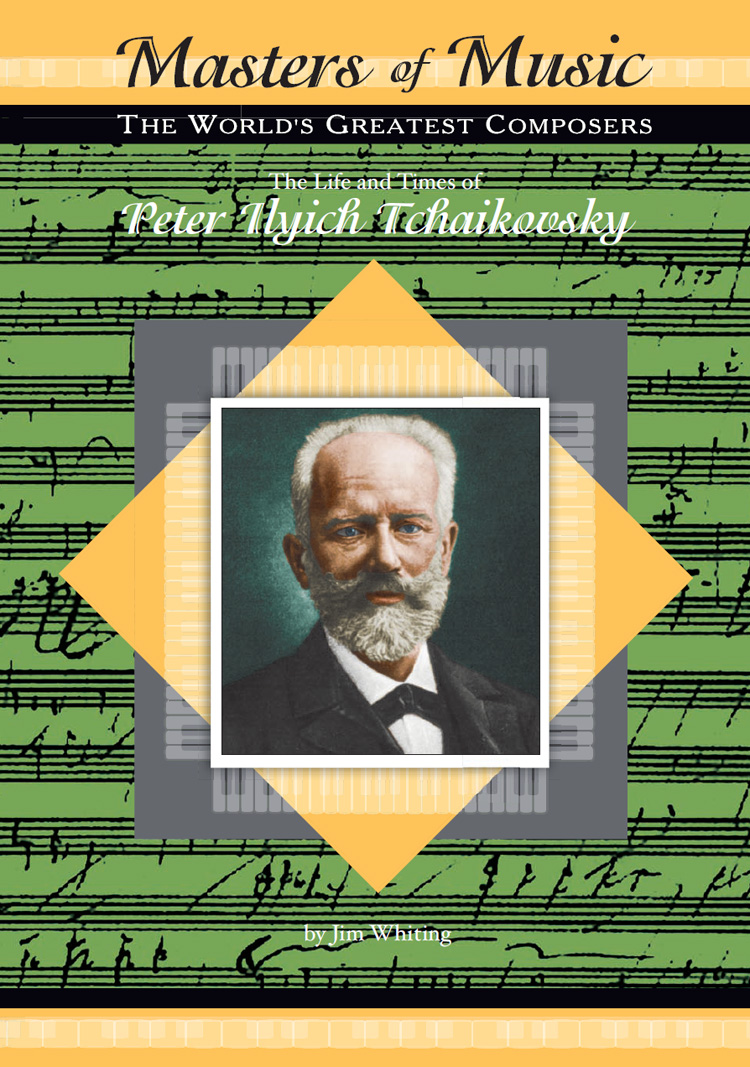 The Life and Times of Peter Ilyich Tchaikovsky

The most popular of all Russian composers, Peter Tchaikovsky is probably best known for his ballets. Swan Lake, Sleeping Beauty, and Nutcracker are still performed worldwide. But a good part of Tchaikovsky s career was spent writing operas. Eugene Onegin and The Queen of Spades are two of his better-known works. A precocious child, Peter could read French and German by the age of six. At seven, he wrote verses in French. In school, he studied to be a lawyer. It was not until he was twenty-one years old that he turned his focus to music. But this man who made such beautiful melodies was unhappy most of his life. He was terrified when he stood in front of an orchestra. He had an unrealistic fear that his head would fall off and he actually held his left hand under his chin to keep his head attached! However, he left a great legacy of beautiful music. From the diaries and letters he wrote, we know about the life of Peter Tchaikovsky. In this book, young adults are introduced to one of the greatest composers of all time.