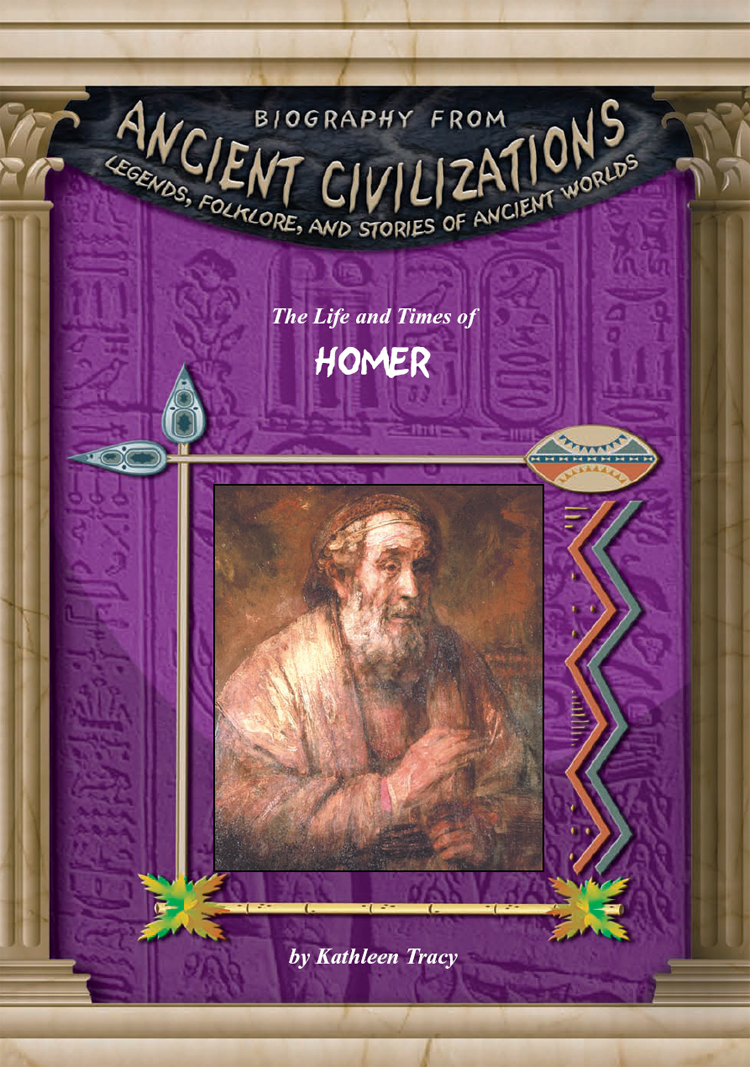 The Life and Times of Homer

For almost three thousand years, The Iliad and The Odyssey have thrilled people with tales of adventure in ancient Greece. The stories of Helen and Paris, the Greek gods, the Trojan War, Achilles and of Odysseus ten year quest to return home after the war are known all over the world among all cultures. But so much about the life of the man responsible for those epic poems remains a mystery that for a while some scholars doubted he even really existed. Despite the controversies surrounding him, Homer is still honored as one of civilization s greatest poets. He overcame childhood poverty and adult blindness to achieve fame as a legendary storyteller whose epics kept his audience spellbound. His poems were so vivid that 19th-century archeologists used descriptions in The Iliad to locate the city of Troy. Though many facts about his life remain unknown, his genius as a storyteller remains undisputed.