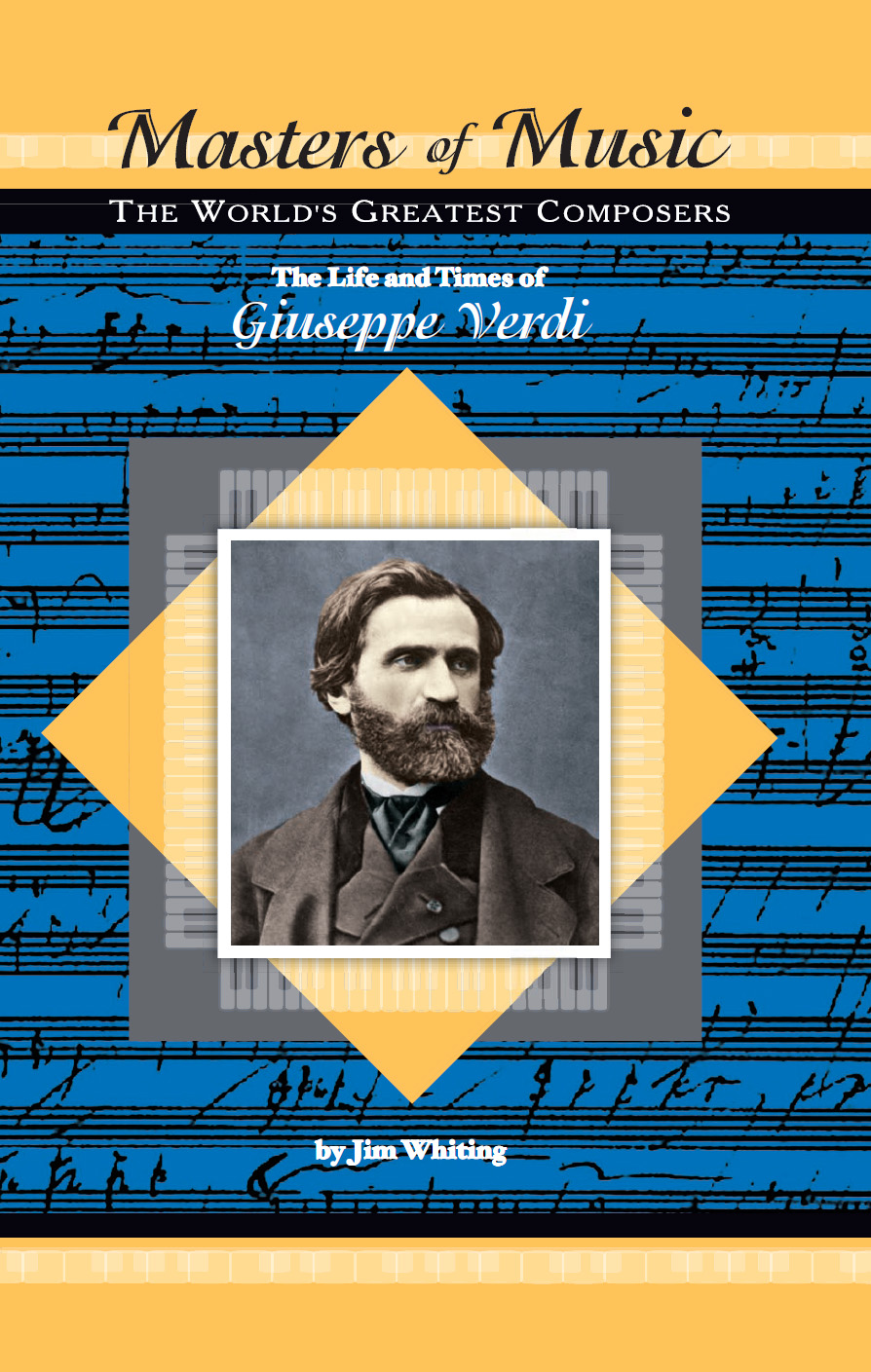 The Life and Times of Giuseppe Verdi

Giuseppe Verdi was born in obscurity in a tiny Italian village in 1813. When he died in 1901, hundreds of thousands of people turned out to pay their respects to the man whom many people consider as the best opera composer of all time. His career spanned more than half a century and included such successes as Rigoletto, La Traviata, Il Trovatore, Otello, Falstaff, and Aida, the most often-performed work at New York s Metropolitan Opera. Yet when he applied at a famous music school in Milan, he was turned down because he was lacking in musical talent. He not only proved the school wrong but became an important figure in Italian politics during the turbulent era when the scattered provinces came together to form a new nation. Along the way, he overcame obstacles such as the death of his first wife and two small children and the humiliation of being booed during the premiere of one of his early operas.