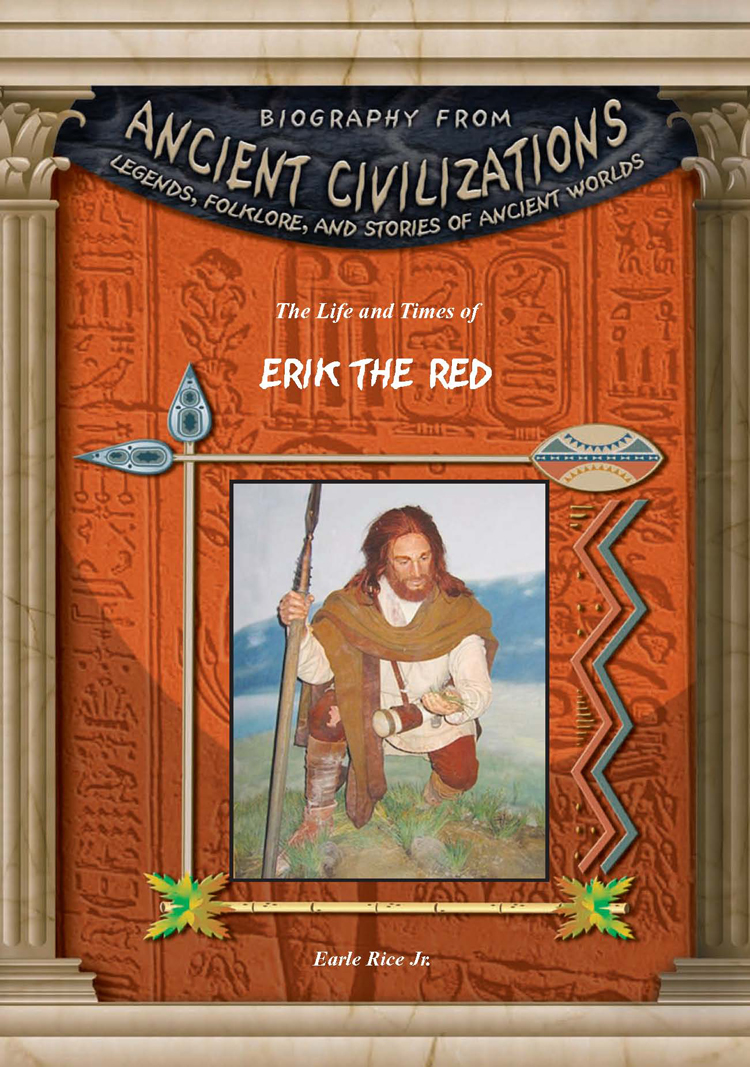 The Life and Times of Erik the Red

Few people recall the name of Eirik Thorvaldsson, who began life in Jaederen, Norway, around 950. When he was nine years old, his father killed a manor maybe twoand was forced to flee with his family to Iceland. Young Eirik grew up in the harsh environs of that wind-swept isle in the North Atlantic. Harsh lands breed harsh men, and Eirik fit the mold. Like his father before him, he battled with neighbors and killed several men in blood feuds. Banished from Iceland for three years, he sailed west to seek refuge in an unexplored land. After three years in exile, Eirik returned to Iceland with tales of his discoveries in that new land to the west. He called it Greenland to entice others to join him there. Around 985, he sailed west again from Iceland with twenty-five ships of colonists. History records him as the founder of the first European settlement in Greenland and the father of Leif Eriksson. People remember him best as Erik the Red.