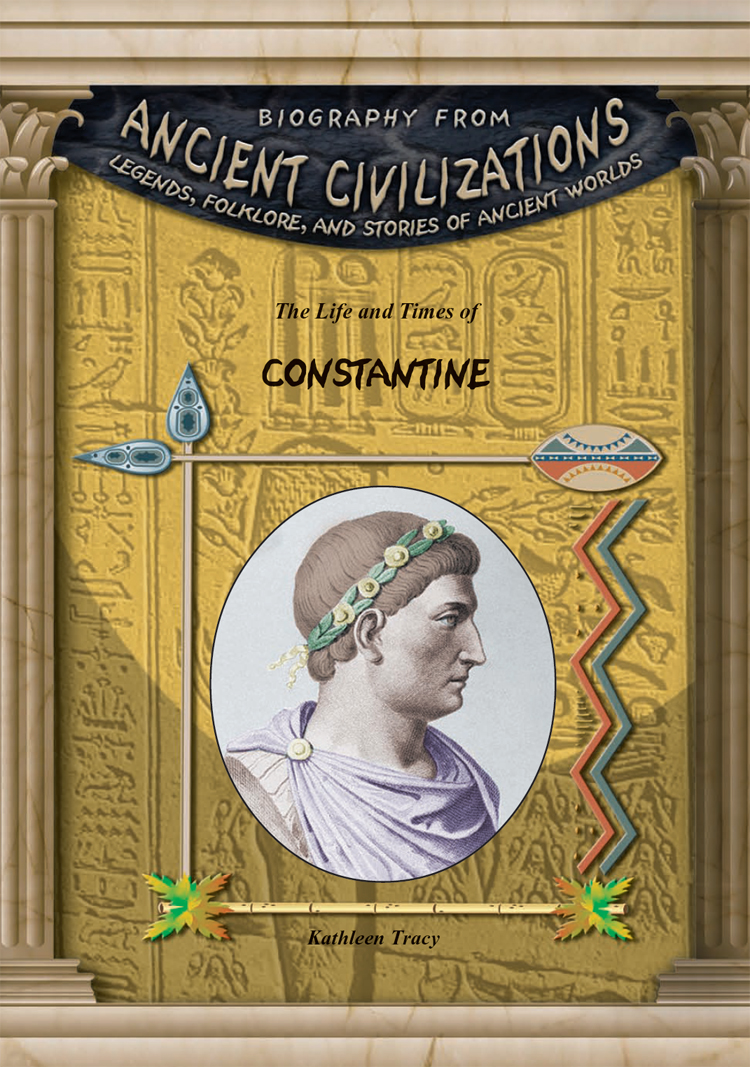 The Life and Times of Constantine

Constantine is considered one of the most influential leaders of the Roman Empire. He spent his childhood in humble surroundings raised by a single mother before reuniting with his father Constantius, a powerful military leader who eventually co-governed the Empire. Known as a brave soldier, Constantine followed in his father s military footsteps and earned a reputation as a natural leader. His victory at Milvian Bridge against Emperor Licinius in 312 A.D. changed the course of not just Roman history but the world. Constantine united Rome under one rule, moved the capital of the Empire to Byzantium, and legalized Christianity, proclaiming it the official religion of Rome. His other legacies include introducing a new currency that would be used for several centuries and instituting a system of having workers pay rent to landowners in exchange for growing crops, which set the foundation for the serf system in medieval European society.