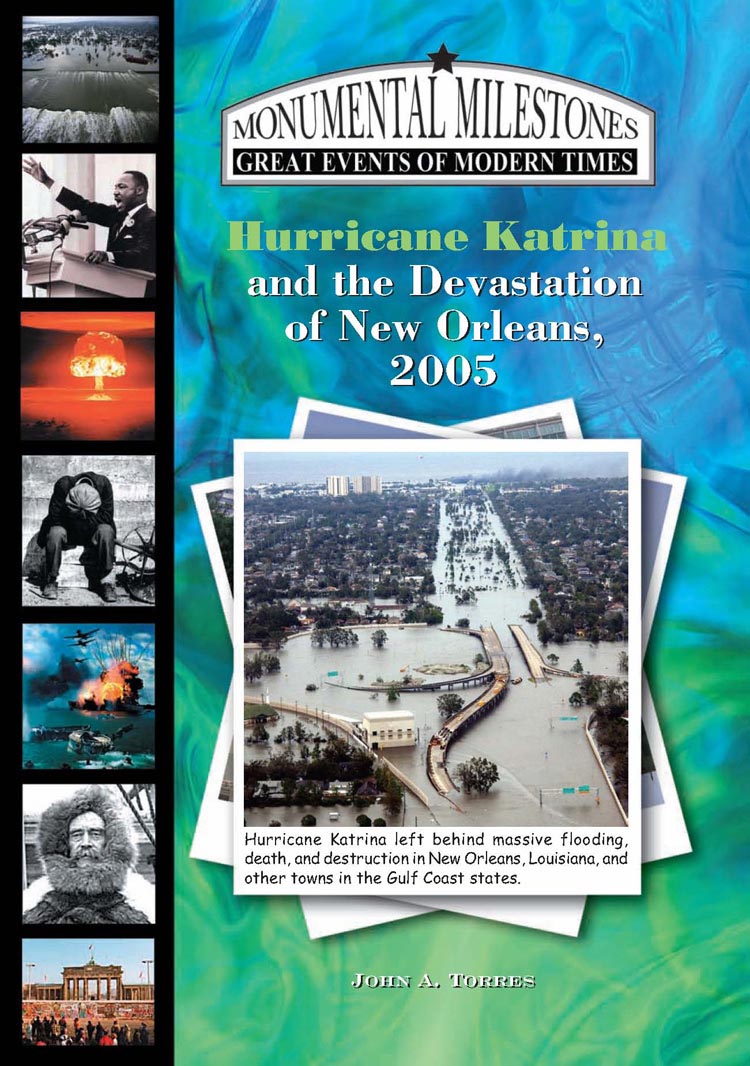 Hurricane Katrina and the Devastation of New Orleans, 2005

by John A. Torres

Americans will long remember 2005 as the year Hurricane Katrina ripped through the Gulf Coast states, killing thousands and destroying everything in its path. Lives were changed forever. Once the hurricane passed, the city of New Orleans faced even more danger. The citys protective levees broke, and the streets began to flood. What followed was chaos. Thousands of people who had not evacuated before the hurricane now sought refuge at the Superdome and other emergency sites. They found these shelters without provisions, support, protection, or rescue as the countrys relief efforts floundered with uncertainty. Violence, looting, and general lawlessness followed as desperate city residents felt abandoned by their country. Find out what happened and why, how rescue efforts were finally organized, and what the president promised for the city of New Orleans.