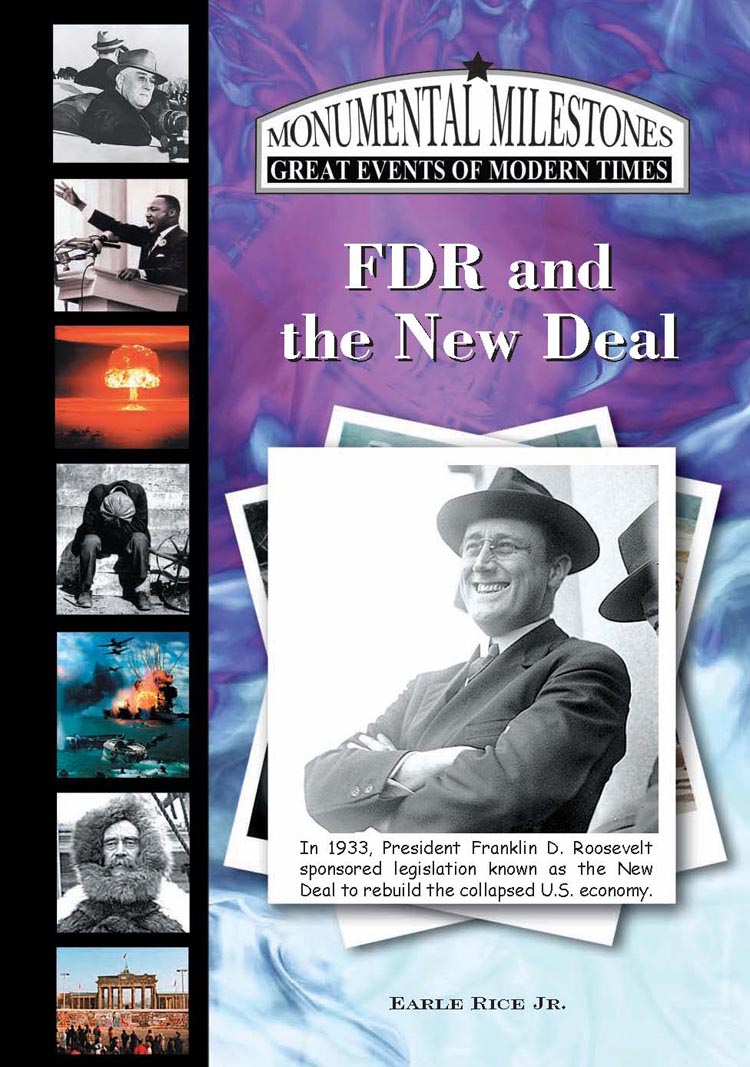 FDR and the New Deal

In the 1920s, life was good for most Americans-and great for many. Prosperity built on the new economic premise of buy now, pay later ruled the decade known as the Roaring Twenties. Then the bubble burst, and America s house of cards came tumbling down. With stunning suddenness, the stock market Crash of 29 revealed the flaws in America s economy and plunged the nation into the worst depression it had ever known. The troubled citizenry called on its newly elected president to lead it out of economic chaos. Franklin Delano Roosevelt, the thirty-second president of the United States, stood forth to meet the challenge. At his inauguration in March 1933, he told the American people they had nothing to fear but fear itself. FDR calmed their fears and embarked on a whirlwind program of domestic reform. His program became known as the New Deal. It empowered the government like never before-and changed the face of America forever.