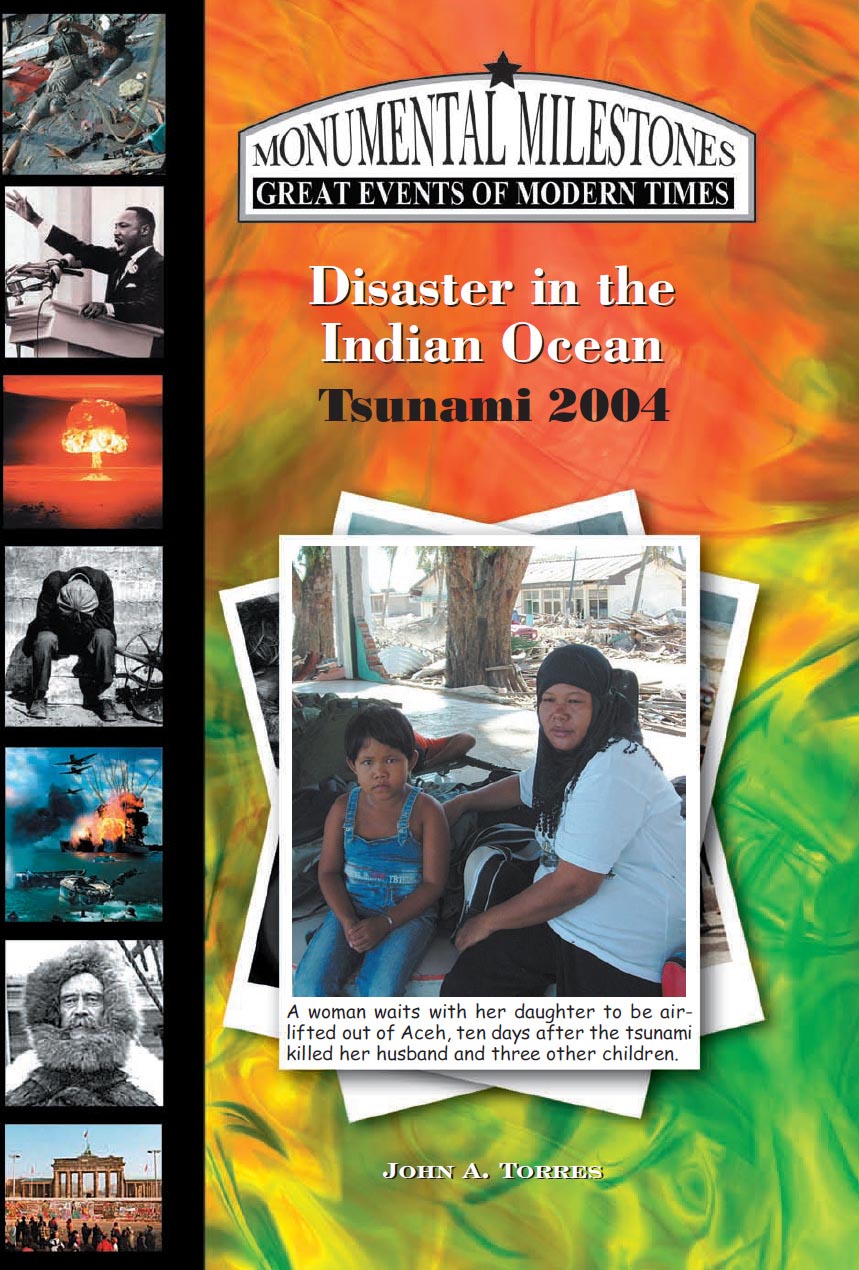 Disaster in the Indian Ocean: Tsunami 2004

by John A. Torres

The disaster in the Indian Ocean started with a massive undersea earthquake off the coast of Indonesia. What followed was a surge of water called a tsunami that killed thousands of people in nearly a dozen countries. Water rose up miles inland and destroyed everything in its path. Children were ripped from their parent's arms, family members were lost to each other forever. This is their story. But more importantly, this is a story of hope, of how people woke up to destroyed cities and missing children and did not give up. They showed what they were made of by licking their wounds and then trying to find their lives again. This is also the story of how the world responded with the biggest humanitarian effort in history. Countries from all over the world sent money, food, water, soldiers, and doctors.This moving account is based on the author s extensive research, including his personal trip to Indonesia in January 2005, where he witnessed the devastation firsthand and spoke to dozens of survivors.