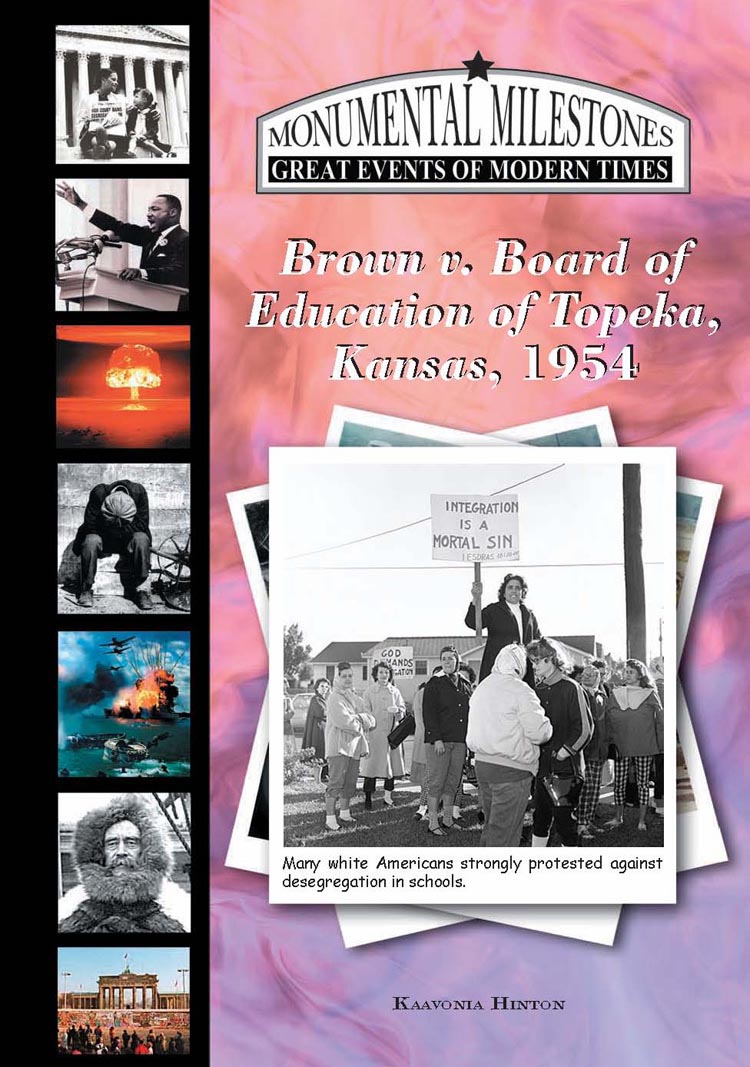 Brown v. Board of Education of Topeka, Kansas, 1954

After slavery ended, former slaves gained greater access to education, and free schools became available to children and adults. Over time, free schooling for African Americans in the South began to decrease, and the South became completely segregated. To make matters worse, in the court case Plessy v. Ferguson, the Supreme Court ruled that segregation was legal. Believing the ruling was unconstitutional, the National Association for the Advancement of Colored People (NAACP) hired lawyers like Charles Hamilton Houston and Thurgood Marshall to fight against segregation in schools. The NAACP started to look for African American parents who had children in public schools that were not equal to white schools. The five cases that make up Brown v. Board of Education of Topeka, Kansas, were heard by the Supreme Court. The Court s 1954 ruling completely changed the direction of American education.