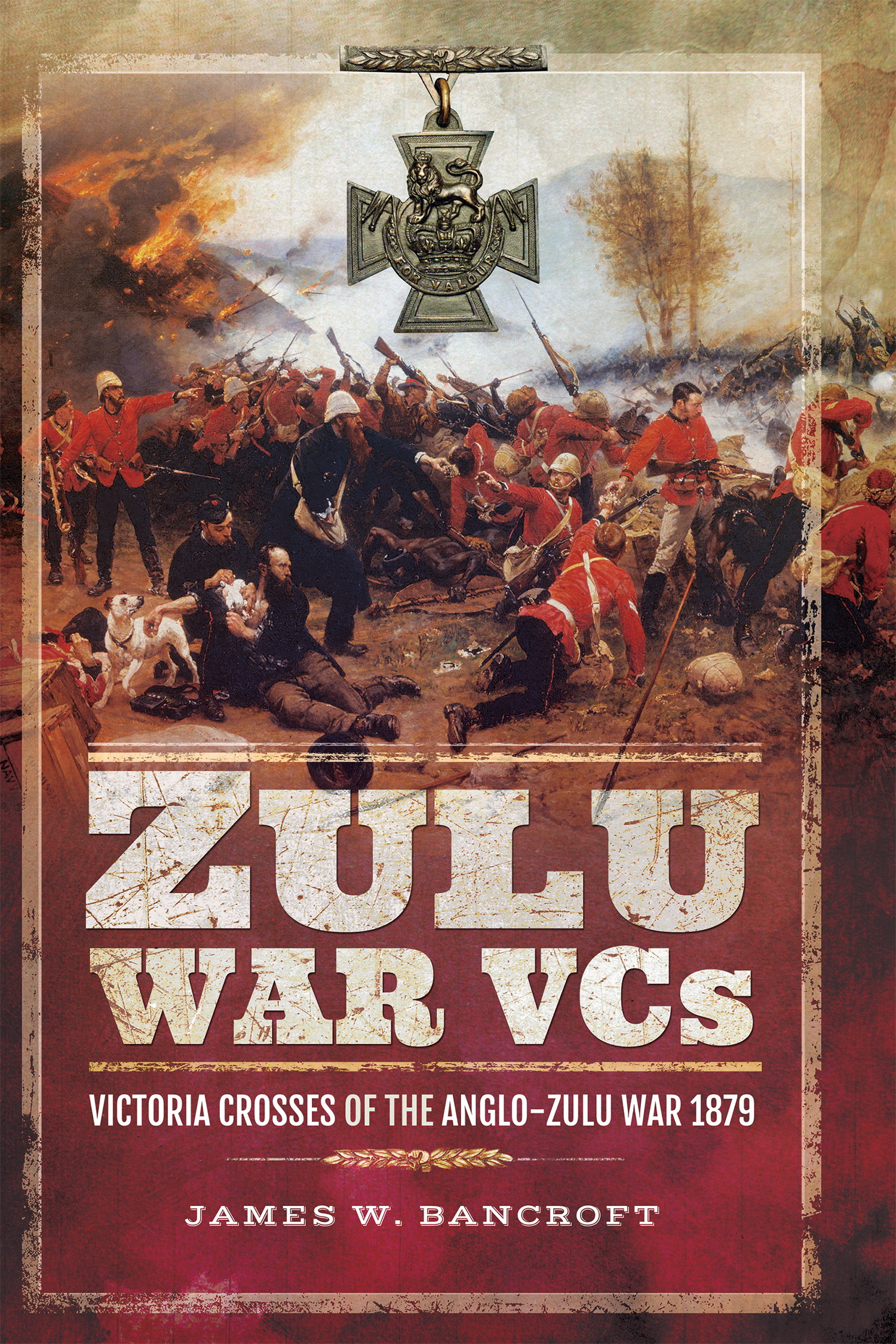 The Anglo-Zulu War lasted only six months in 1879, but in that relatively short time twenty-three men were awarded the Victoria Cross for gallantry under most trying and dangerous circumstances. Zulu warriors gave no mercy and expected none in return, yet half of the awards were given to men who went back into the midst of fierce fighting to rescue stranded comrades, well-aware that they risked suffering a particularly brutal death.
Two men received posthumous awards for their efforts to save the Queen's color of their regiment after the disastrous engagement against overwhelming numbers of warriors at Isandlwana, and perhaps the most famous of all awards of the Victoria Cross were the eleven gained for the immortal defence of Rorke's Drift, the battle brought back to the public consciousness by the motion picture _Zulu!_
The conflict has never left the public's imagination, and continues to stir hot debate among military historians and enthusiasts.
With information compiled over four decades by James W. Bancroft, a well-known and respected historian and author of several publications on the subject, this book brings together more information about the men than has ever before been collected together in one publication.