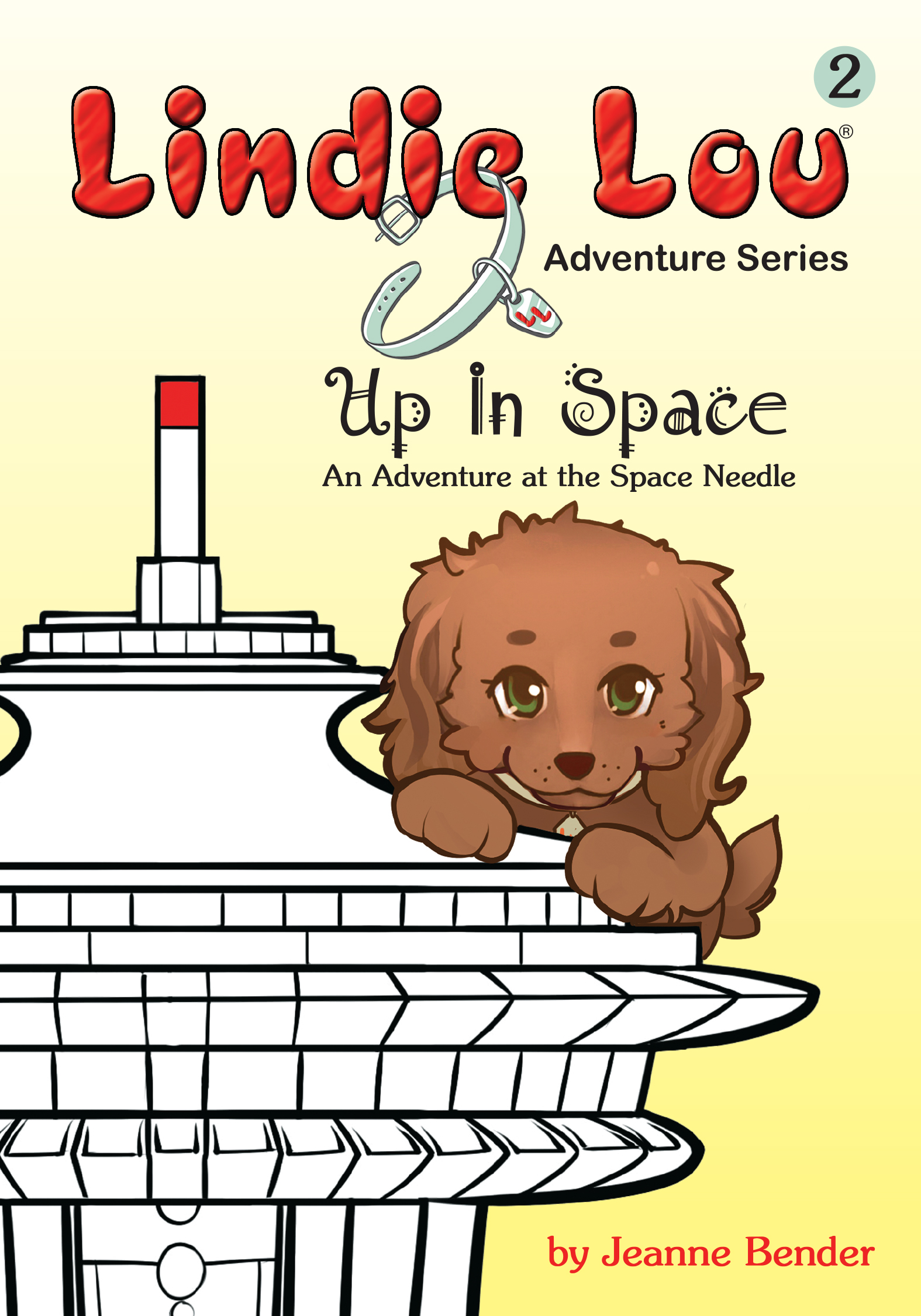 Up in Space: An Adventure at the Space Needle

When Lindie Lou and Max land in the Emerald City, a new adventure begins! Lindie Lou says goodbye to Max and wonders if she'll ever see him again. Her new owners introduce her to life on a lake and the sites of Seattle. Follow Lindie Lou through the city, where she meets new friends and learns life lessons along the way. The Lindie Lou Adventure Series continues, as she discovers Rachel the Pig, sees flying fish, orca whales and the gum wall. But her biggest adventure awaits... when she goes UP IN SPACE.

Jeanne Bender loves to travel. While exploring the world, she experienced many incredible things. Bender decided to write about her adventures through the eyes of her puppy Lindie Lou. Lindie Lou traveled with author Jeanne Bender to many places around the world. Their experiences became the inspiration of the Lindie Lou Adventure Series. Bender's education began early on when she received high praise for her poetry and early composition. Later she studied with a creative writing professor in Seattle, Washington, and continued her education in the United Kingdom at Oxford University. Bender's beginning chapter books titled the Lindie Lou Adventure Series, were first introduced to elementary school students grades K-5. Bender first experienced "Lindie Lou mania" when students told her they loved her stories and the characters wanted to read more about them. Everywhere Bender went she was humbled when children lined up to buy her books.