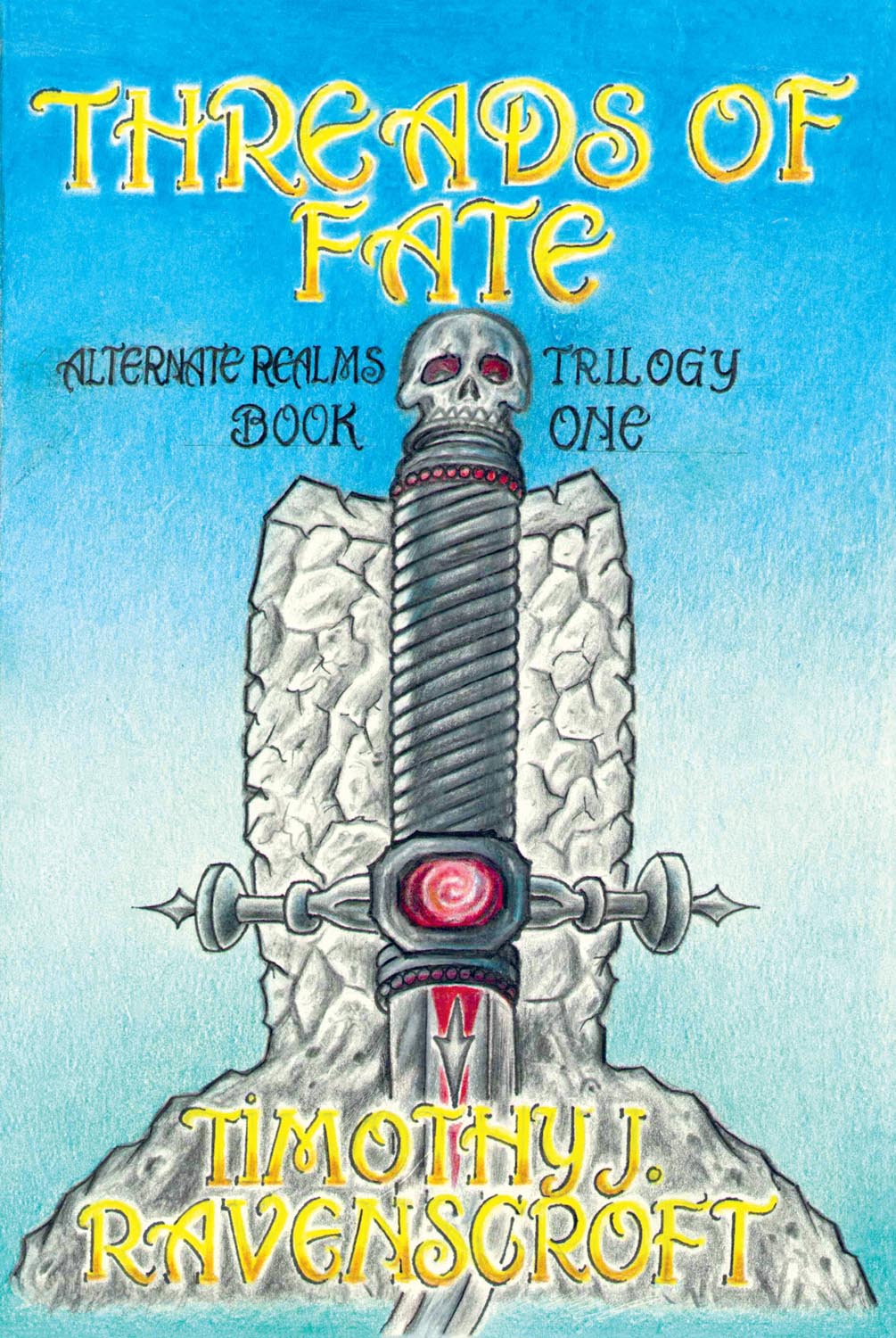 Timothy J. Ravenscroft grew up in San Bernardino, California. While attending Bloomington High School, he penned various short stories depicting the characters that eventually evolved into those in the "Alternate Realms" series, Threads of Fate being the first title of the series. After studying Computer Operation Systems and Repair at Victor Valley College in Victorville, California, he went on to freelance in software development. He currently resides in Lancaster, California, where he is in the process of completing the second novel in the Alternate Realms series "Winds of Destiny"

A century-long peace in the Empire of Barlo has crumbled beneath the Iron fist of malign tyrant Cyrus Arias. Rebellion in his conquered land has thrust the heirs of fallen rulers on a course of fate they never believed possible. Zedek, Tobias, and Dagon, along with their followers, discover their true selves in a battle against the forces of darkness. They will all soon learn their worldly quarrels only scratch the surface of what threatens their existence; the many Realms may be on the precipice of complete annihilation. Threads of Fate is a tale of how fear could inspire courage, emptiness yearning, and hate a raw determination to overcome.