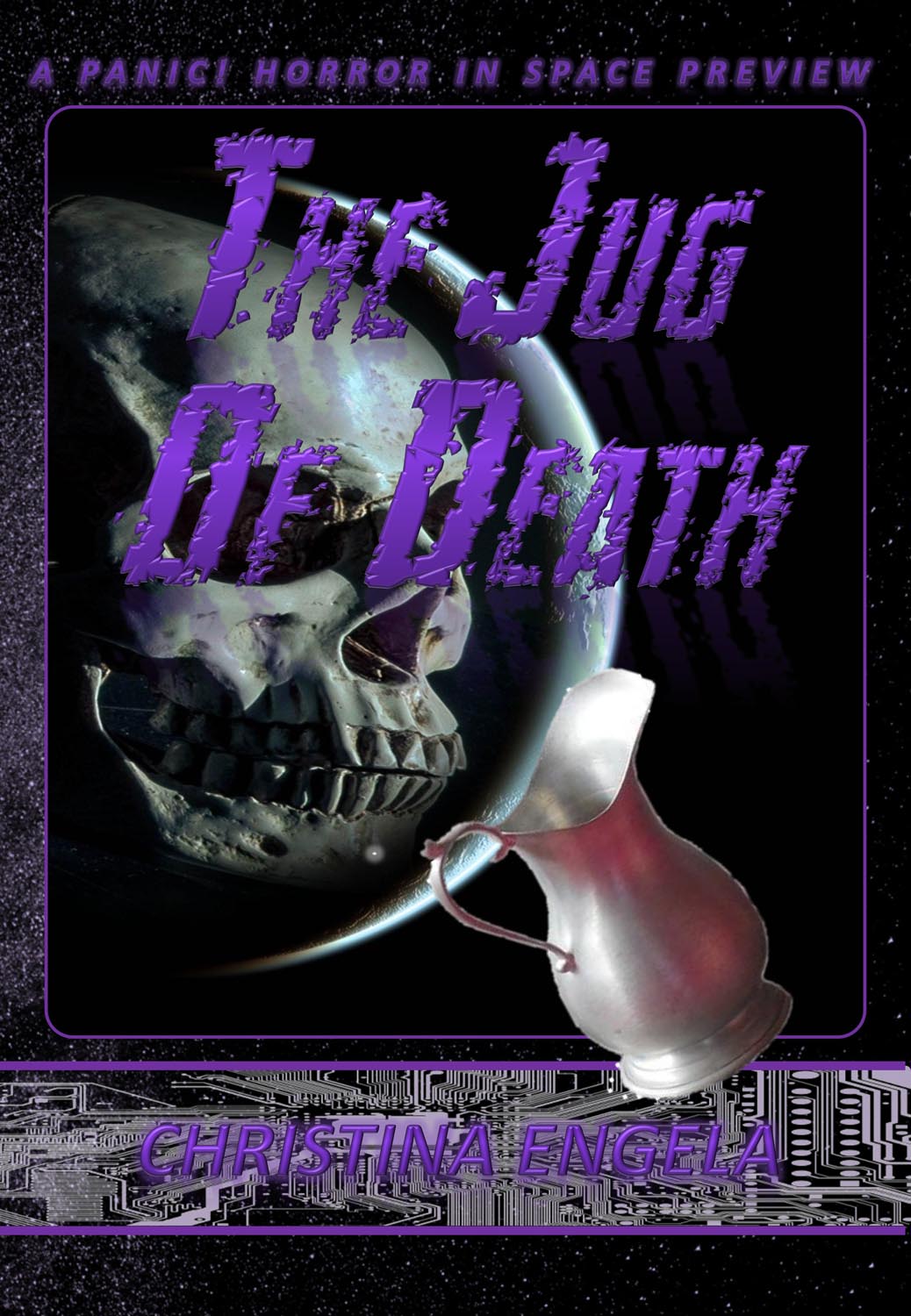 The Jug Of Death

Unfortunately for Stuart Flane – Captain of the Terran starship Mercury - and his intrepid crew, their latest assignment did not go without a hitch ...but then, the thing was called 'the Jug of Death', and obviously with good reason. "It's a funny old 'verse," Flane thought. Most people who found out a cursed object was responsible for the untimely messy – and unavoidably mysterious deaths of 13 people, would steer the hell clear of it... but for some weird reason, some people seemed to think that owning such a thing was a smart investment – or that it would somehow end well for them! "The Jug Of Death" is a preview of "Panic! Horror In Space" - a series of sci-fi-horror misadventures in deep space with the crew of the I.S.S. Mercury - which, of all the starships in the elite Terran Space Fleet, is probably the unluckiest ship in history! Not once, not twice, but many times over, the same hapless crew – give or take a few dozen casualties – on a supposed voyage of deep-space exploration, stumble into the weird, wake the creepy and trip over the downright terrifying and possibly even supernatural... Get it now, FREE!