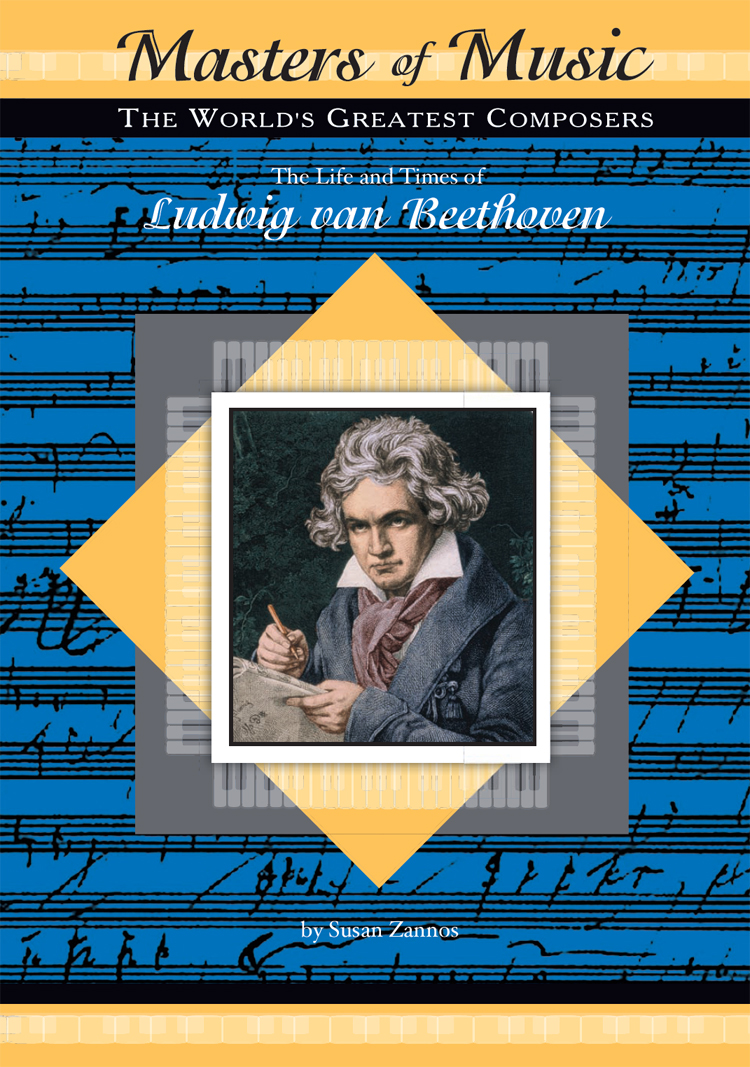 The Life and Times of Ludwig van Beethoven

During Beethoven s darkest times, when he stumbled about the streets of Vienna like a ragged madman, people thought his career was over. Many of his friends and patrons had died. He no longer seemed to be producing music except for a few trivial pieces. >But appearances were wrong. He was creating what is generally regarded as his greatest single work. Known as the Ninth Symphony, it is much more difficult and massive than any of the preceding eight. But Beethoven was aware that the people of Vienna thought he was crazy. He was afraid his symphony would be rejected. Making things even worse, there had only been time for two rehearsals. By this time he was totally deaf and could not hear how well the musicians performed. On May 7, 1824, Beethoven conducted the Ninth Symphony for its premiere performance in Vienna. When the last notes of the magnificent final movement came to an end, Beethoven stood on the stage with his back to the audience. One of the singers gently turned him around so that he could see the audience. The applause was thunderous. Everyone was standing and cheering. Nearly 180 years later, Beethoven s works are still enjoyed by music lovers all over the world. On January 12, 2003, the Ninth Symphony was added to the Memory of the World register so that the compositions of Vienna s mad genius will live on forever.