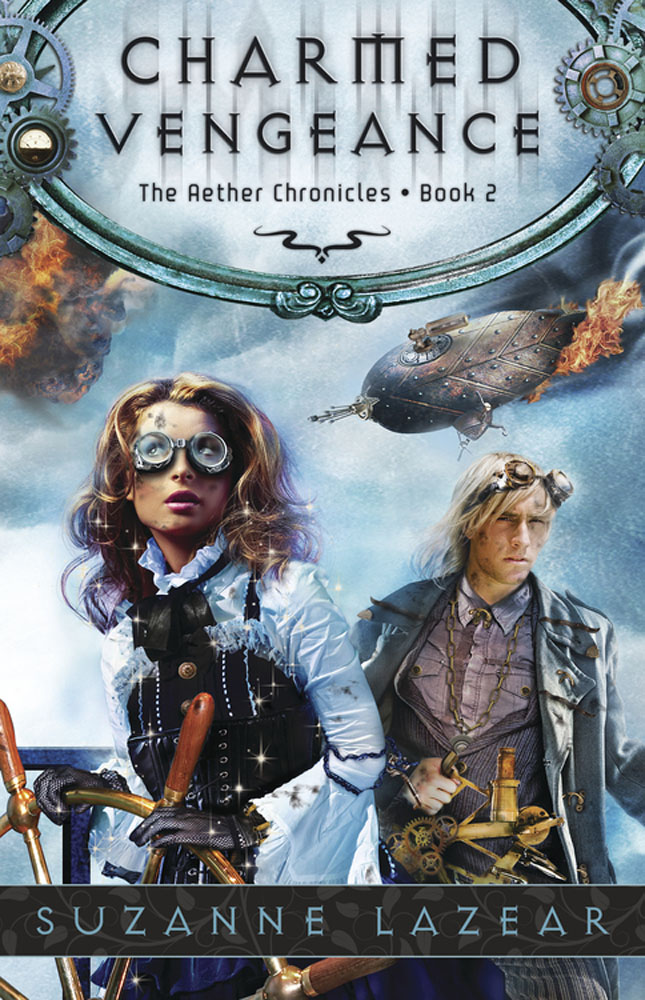 When her true love, Steven, is forced to break their magical bond, Noli Braddock decides to join her brother on the crew of the Vixen's Revenge. With its gleaming brass, dark wood, and spotless clockwork gears, the Vixen's Revenge is a beautiful airship. But Noli discovers a dangerous secret beneath its polished exterior—the crew has been hired to steal dozens of priceless Otherworld artifacts. Desperate to keep her past Otherworld experiences hidden from the airship crew, Noli fears that if she doesn't risk telling her own secrets, the stolen artifacts will be used to destroy both of the worlds she loves.

Suzanne Lazear is the author of the Aether Chronicles series for young adult. In addition to writing for teens, Lazear gives presentations on the steampunk subgenre at conferences nationwide-resplendently attired in all the bustles and whistles. She is a regular contributor to the steampunk-themed blog, Steamed!, and is an active member of the Romance Writers of America (RWA) and the young adult debut author groups the Apocalypsies and the Class of 2k12. Lazear has her master's degree in public policy from Pepperdine University. She lives with her family in Los Angeles.