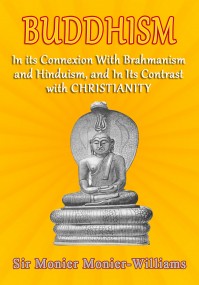 A well known missionary of Peking, China, was invited one day by a Buddhist acquaintance to attend the ceremony of initiation for a class of one hundred and eighty priests and some twenty laity who had been undergoing preparatory instruction at the stately and important Buddhist monastery. The beautiful courts of the temple were filled by a throng of invited guests and spectators, waiting to watch the impressive procession of candidates, acolytes, attendants and high officials, all in their appropriate vestments. No outsider was privileged to witness the solemn taking by each candidate for the priesthood of the vow to "keep the Ten Laws," followed by the indelible branding of his scalp, truly a "baptism of fire." Less private was the initiation of the lay brethren and sisters, more lightly branded on the right wrist, while all about intoned "Na Mah Pen Shih Shih Chia Mou Ni Fo." (I put my trust in my original Teacher, Säkyamuni, Buddha.) The missionary was deeply impressed by the serenity and devotion of the worshipers and by the dignity and solemnity of the service. The last candidate to rise and receive the baptism of branding was a young married woman of refined appearance, attended by an elderly lady, evidently her mother, who watched with an expression of mingled devotion, insight and pride her daughter's initiation and welcomed her at the end of the process with radiant face, as a daughter, now, in a spiritual as well as a physical sense. At that moment an attendant, noting the keen interest of the missionary, said to him rather flippantly, "Would you not like to have your arm branded, too?" "I might," he replied, "just out of curiosity, but I could not receive the branding as a believer in the Buddha. I am a Christian believer. To be branded without inward faith would be an insult to your religion as well as treachery to my own, would it not? Is not real religion a matter of the heart?"